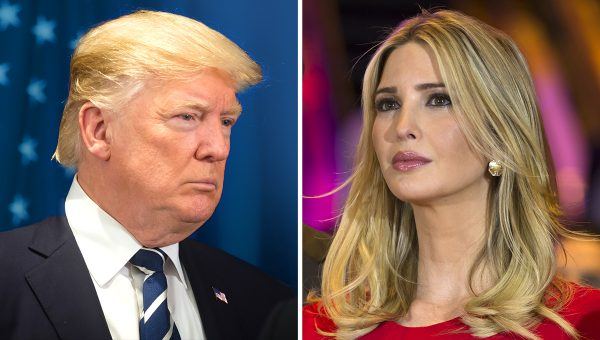 First daughter Ivanka Trump tweeted a picture on Saturday of the dog she bought for her eight-year-old daughter Arabella.

There’s nothing more innocent than this, right?

There’s no way anyone would attack such a precious gift to a child, right?

Some hysterical individuals on the Left went after Ivanka Trump because the dog was completely white. (We’re not making this up.)

Claude Taylor worked for Bill Clinton’s presidential campaigns in the 1990s and also as a White House volunteers director.

He tweeted, “The dog will fit right in. #itswhiteenough.”

The dog will fit right in. #itswhiteenough [3]

Actress Yvette Nicole Brown, a black woman, then jumped in on the act.

She tweeted, “Good thing it’s a white dog. Your dad hates the blacks.”

Do these people honestly believe the daughter of the president went looking for an all-white dog to make some sort of a statement?

It’s absurd on its face.

Yet the absurdities continued.

Actress Nancy Lee Grahn tweeted, “How darling. I see you skipped a rescue and went straight to an Aryan breeder. Does it sit and sieg heil yet?”

Jared Kotler, founder of the 1990s rock band Marcy’s Playground, tweeted, “Pro tip: when everyone hates you for being a spoon-fed nothing grifter who’s full of s***, an advisor to the president who doesn’t advise, when you want to seem human and get a dog, maybe a shelter dog would show humanity.”

These attacks on Ivanka Trump for giving her child a cute dog says far more about the attackers than it does about the Trump and Kushner families.

Related: Ethics Charges Are Filed Against Omar for Fraud [6]

The Left is mentally ill, in our opinion. No one with basic compassion and decency would mock such a beautiful moment between mother and daughter.

Trump [7] Derangement Syndrome is absolutely a real thing. If this doesn’t prove it to any doubters, nothing will.