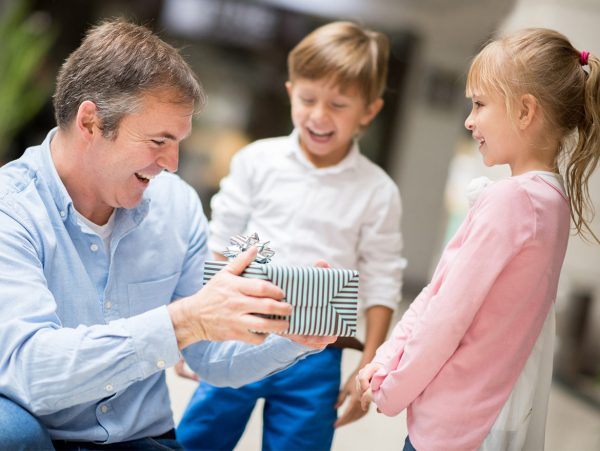 Independence Day reminds us that when powerful ideas capture the hearts of purposeful men, the very course of history can be changed. Those men — our Founding Fathers — faced fearsome odds in standing up against the might of the British Empire.

And they relied on the “protection of Divine Providence” and each other, “mutually [pledging] to each other [their] lives, [their] fortunes, and [their] sacred honor.” It was no idle pledge.

Of the 56 men who signed the Declaration of Independence, “Five signers were captured by the British as traitors, and tortured before they died. Twelve had their homes ransacked and burned. Two lost their sons serving in the Revolutionary Army; another had two sons captured. [1] Nine of the 56 fought and died from wounds or hardships of the Revolutionary War.”

But they ignited a spark that couldn’t be extinguished.

When people ask me what the goal is for Promise Keepers in the new era, I tell them with a smile, “We’ve got our sights set low: All we want to do is change the entire foundation of America.” Men can absolutely do that — again — but we must get out of the stands and onto the field.

When men get saved — and not just saved but when they become disciples and give their lives to Christ — their families change, and their kids learn what it is to be men and women of God.

Related: Husbands, Fathers, Leaders: Why Men Must Protect and Serve Their Families [2]

Men need action. And the problem today is that most Christian men are only expected to sit down, shut up, listen, and lather, rise, and repeat next week. That is not how men operate.

That is not how Jesus said the church is supposed to be. We’ve got to get involved in the lives of the people around us.

Gallup [3] found that 41 percent of Americans identify themselves as “born again” or evangelical. That’s over 134 million people. Imagine if every one of us got out of the stands and took responsibility for five houses on our street, prayed for those people, served those people, helped them out when they needed something — and witnessed to them. That would cover pretty much the whole country.

Imagine the impact if we just did that.

That’s why Promise Keepers in this new era is not only going to gather men from across the country and around the world in annual massive stadium events to remind them they’re not alone, we’re also going to connect men to each other in change-making teams in their local communities for discipleship and service.

And we’re going to teach the most dangerous, revolutionary book that’s ever been written: the Bible.

Related: America, Our Great Nation, Was Built on Faith [4]

I was talking with a man recently who was complaining about how many millennials today aren’t clear about what the Bible says about being a man and sharing the faith. I told him plainly, “That’s because their dads didn’t teach them God’s word.” He didn’t like my answer, but that’s absolutely the problem.

When you look at Scripture, God gives the parents and specifically the dad the job of teaching his children. Unfortunately, we’ve outsourced the education of our children to others — but it’s our responsibility as dads to teach our children the things of God.

We need to be understanding, humble and loving with our kids — teaching them the Bible to be sure, but modeling righteousness and integrity as well.

The Christian men of our country want to know the Bible. They’re looking for someone to get hold of them and teach them, train them, and show them how to train their kids.

I recently spent time with a bunch of well-known musicians, youngsters in their mid-20s. We started talking about Scripture, and they were enthralled. So for the next three nights, I just taught them the Word.

Much was new to them — as was the process of an older man teaching a younger man. They said to me, “We need older men to teach us like you’re doing.”

And I said, “Absolutely. The Bible commands older women to teach the younger women and older men to teach younger men.”

I believe that through Promise Keepers, we can get hold of the hearts of men through proper discipleship and follow-up. The Christian men of our country want to know the Bible. They’re looking for someone to get hold of them and teach them, train them, and show them how to train their kids.

This is the way to change our country — and it’s not too late.

Men, America is counting on us. We must not fail.

Ken Harrison [5] is CEO and chairman of Promise Keepers [6]. Founded in 1990 by coach Bill McCartney, Promise Keepers was one of the largest Christ-centered movements; today, Promise Keepers is calling men back to courageous and bold servant leadership by sparking a movement that will mobilize millions of men to follow Christ into today’s broken world as change makers for their families, churches and communities. Harrison is also CEO of WaterStone, a Christian Community Foundation that oversees donations of millions of dollars a month to build God’s kingdom. After starting his career as an LAPD street cop in South Central, he spent nearly two decades in commercial real estate. Married and the father of three, Harrison just released a new book, “The Rise of the Servant Kings: What the Bible Says About Being a Man.” [7]