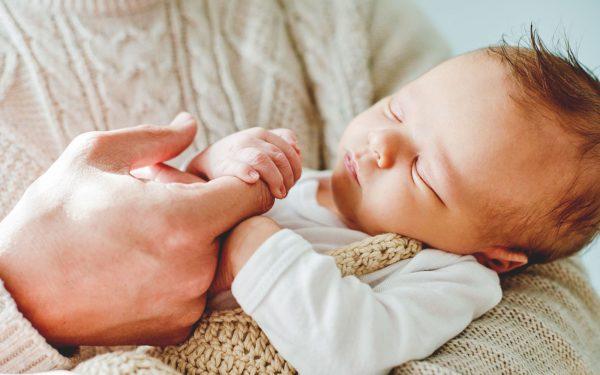 As a person grows in Christ, he or she becomes a prayer warrior. I can’t think of a better example of a person who serves others through prayer [1] than my own wife, Elliette.

She prays with women constantly. She prays late at night when someone needs help; she prays early in the morning with women who need her guidance; she prays in the hospital for people who are suffering.

Elliette prayed one day for a heroin and meth addict whom I’ll call Andrea. Elliette had prayed with Andrea’s grandmother for a year that her granddaughter would come to Christ. Finally Andrea consented to meet Elliette.

When she did, Andrea showed off the “daughter of Satan” tattoo on her neck, along with satanic symbols tattooed on her arms and chest. Unimpressed, Elliette explained that God defeated Satan and was waiting with open arms for her to turn from the defeated master of this world — and run to Him.

Elliette soon had Andrea and her boyfriend praying to receive Christ as their Savior. Only a few days later, Andrea learned she was pregnant. She was terrified because of all the drugs she had done and the damage that would have been done to the growing life inside her. She called Elliette and begged for money for an abortion.

Elliette didn’t give her the money.

Related: Did You See Why the Head of Planned Parenthood Was Bounced Out of Her Job? [2]

Instead, she gathered several women and they prayed for Andrea and for her baby’s life.

I asked my men’s prayer group to do the same.

Elliette asked Andrea to meet her, and she showed up with another addict, a friend from high school who was not the father. This young man insisted Andrea must have the abortion. He explained that of their eight-person group of friends from high school, he and Andrea were the only two still living four years later. All were dead from suicide or overdoses.

He didn’t want to lose his last living friend.

Andrea and her friend raised the money for her abortion. Then Andrea called my wife and apologized for what she was about to do — as she was walking into a Planned Parenthood clinic.

Related: Husbands, Fathers, Leaders: Why Men Must Serve Their Families as Never Before [3]

We prayed. Inexplicably, Planned Parenthood turned her away. Our suspicion was that Andrea was too high on drugs at the time.

Andrea made another appointment the next week and called Elliette again as she walked into her appointment. “How could I not have an abortion?” she asked.

She hadn’t been able to stop her drug use, she said. The baby was loaded with heroin and meth and would likely be disfigured and sickly, she felt.

Her next appointment for an abortion would require more money because she was now nearing the 26-week legal limit for terminating the life within her.

While we were praying, the nurse gave Andrea an ultrasound. When the nurse left to go get the doctor, Andrea wept. The nurse never returned.

After a very long time, Andrea got up from the table and walked out — only to make another appointment for another day.

Andrea’s next appointment for an abortion would require more money because she was now nearing the 26-week legal limit for terminating the life within her. She struggled to save enough money, but a few days before the deadline, she had saved enough.

On the day of her appointment, she headed to Planned Parenthood again. True to her pattern, on her way there Andrea called Elliette.

Related: One Man Copes with the Wrenching Impact of a Girlfriend’s Abortion of 20 Years Ago [4]

And that’s when God met her.

Suddenly Andrea had an overwhelming love for the life growing inside her. She panicked at what she had almost done — and cried out to God that He would protect her baby from all the abuse she had heaped on him.

She called Elliette again and told her the news.

We prayed for Andrea’s battle with addiction, for the health of her little baby, for self-control for her during the rest of her pregnancy.

The child is now being raised by Andrea’s aunt, who is overjoyed. Andrea visits her son three times a week. That’s the legal limit set by the state of Colorado while she tries to finish getting herself completely off drugs.

Ken Harrison is CEO and chairman of the new era of Promise Keepers [5], whose national event will be held on July 31 and Aug. 1, 2020, at AT&T Stadium in Arlington, Texas, home of the Dallas Cowboys. This article is adapted from his new book, “Rise of the Servant Kings: What the Bible Says About Being a Man,” [6] copyright © 2019 by Ken Harrison, which is published by Multnomah, an imprint of Penguin Random House LLC. Some details in this piece were changed to protect privacy.