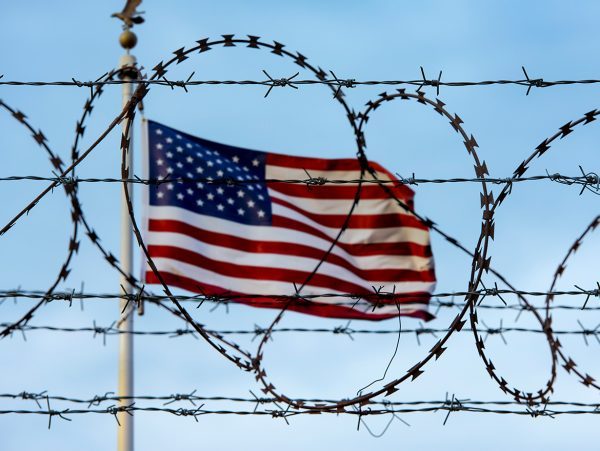 This isn’t going to sit well with the Left’s carefully crafted story. [1]

Nayib Bukele, who assumed office a month ago as El Salvador’s president, is taking responsibility for the deaths [2] of a father and daughter who were photographed after they drowned in the Rio Grande while trying to cross the United States southern border. [3]

Bukele believes it is his country’s responsibility to create an atmosphere where citizens would not feel obligated to flee the country.

Democrats, meanwhile, continued their anti-America rhetoric, blaming the president of the United States for the heartbreaking deaths.

“We can blame any other country, but what about our blame? What country did they flee? Did they flee the United States?” Bukele asked. “They fled El Salvador. They fled our country. It is our fault.”

“They fled our country. It is our fault”

El Salvador’s newly elected president @nayibbukele [5] reflected on the drowning deaths of a father and daughter who tried to reach the U.S. pic.twitter.com/OA7Xd3Q2Y6 [6]

He’s right. El Salvador serves as a breeding ground for violent MS-13 gang activity. A year-long operation last August yielded an arrest of over 600 members [8] of the notoriously violent gang within the country.

And while we know that Democrats like to portray these animals as having “dignity and worth [9]” and “a spark of divinity” — the reality is having an influx of gang members is not a positive development.

When these individuals overrun our borders within groups or caravans of migrants who are legitimately trying to gain asylum here, that hurts the innocent.

In this case, it killed them.

Related: Beto O’Rourke: Illegal Migrants Had to Come Here Because of Climate Change [10]

“Too bad the Dems in Congress won’t do anything at all about border security,” President Donald Trump tweeted recently. “They want open borders, which means crime.”

They want open borders, which means votes in their minds.

Bukele’s comments are commendable. It’d be easy to cast blame on the United States, something the American Left tends to do; these people see the Trump administration as the enemy.

Is there any dead human being the Democrats aren’t willing to step over in an attempt to cast aspersions on the president?