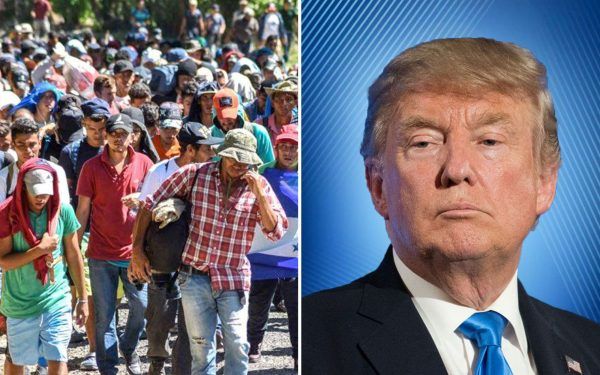 CNN correspondent Randi Kaye hosted a panel of Republican women this week and tried desperately to get them to call President Donald Trump racist — but to no avail.

The segment was presented following the controversy over the president’s tweets and comments this week that the Democratic “squad” needed to start loving America — or they’re free to leave [1].

They even passed a resolution on Tuesday condemning the president’s remarks.

CNN entered the fray with a segment that not only didn’t convince any of the women to turn on Trump — it led to their pointing out why the “squad” itself is racist.

The segment began with all eight women raising their hand in response to the question, “How many of you don’t think what the president said was racist?”

It went downhill from there for CNN.

Sharon Bolan, one of the Republican women, explained, “I’m a brown-skinned woman. I am a legal immigrant. I agree with him.”

(You mean it’s actually possible to follow proper procedures to legally immigrate to the United States? Democrats will likely be shocked to learn of that fact.)

Another GOP voter, Gina O’Briant, broke it down succinctly, noting that it’s the squad of women who are actually inciting hatred toward themselves by acting the way they do. “I’m glad that the president said what he said because all they are doing is inciting hatred and division,” O’Briant explained. “He didn’t say anything about color.”

Not content with multiple questions and different phrasing of the question trying to convince them to call Trump racist, Kaye broke out the ol’ dictionary to prove it to them.

“Let me just share with you the definition of racism from Merriam Webster dictionary,” she began as if the group had no idea what the word meant. She said that it’s “a belief that race is the primary determinate of human traits and capacities and that racial differences produce an inherent superiority of a particular race.”

“Based on that definition,” Kaye pressed, “do you not think that what the president has been saying —”

The immediate response was “no.”

The CNN reporter pivoted to making the point that all four members of the squad are not white.

One woman in the group responded, “It’s idiotic, what they’re saying, so it doesn’t matter if they’re black or white.”

We ran that statement through our fact-checking database and determined it was, in fact, true.

What they’re saying is idiotic, in our view.

These GOP women see nothing wrong with Trump’s comments

CNN’s Randi Kaye speaks to a group of Republican women who say they don’t have a problem with President Trump’s racist attacks on four Democratic congresswomen of color. https://t.co/35dvYQCfTY [4] pic.twitter.com/vKi9h24tZz [5]

“Why haven’t they befriended one of their white female congresswoman colleagues and let her join the group?” one of the Republican women asked. “They don’t like white people. Come on — they’re racist.”

There’s no doubt CNN ran this segment in an effort to portray these women as a bunch of racist buffoons — but the panel ran roughshod over Kaye. They presented facts and evidence that countered her every point. Perhaps Kaye’s next segment could focus on whether or not her own network is racist.

Earlier this week, CNN pundit Ana Navarro suggested that first lady Melania Trump, along with Sens. Ted Cruz (R-Texas) and Marco Rubio (R-Fla.), should go back to their home country [7].

Navarro, simpleton that she is, was trying to draw a false equivalency.

And of course, we’d be remiss if we didn’t remind viewers that CNN’s Don Lemon has labeled “white men [9]” as the biggest terror threat in America and launched multiple verbal racist attacks [10] at Trump supporter, Kanye West.

Perhaps CNN should do a little self-reflection instead of trying to bait women into agreeing with them.

Read more at ThePoliticalInsider.com:
AOC’s Squad Threatens Pelosi: You Come to Us Next Time You Want to Single Out Women of Color [12]
U.S. Women’s Soccer Goalie Rips Christian Player, Says She Was Cut for Being Intolerant [13]
Chuck Schumer Supports Commission to Study Reparations for Slavery [14]