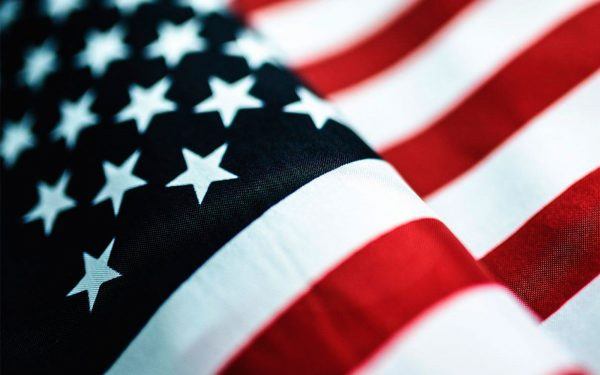 July 4 marks the 243rd anniversary of the signing of America’s Declaration of Independence. Over the years, our presidents have spoken freely of the centrality of God’s Word, the certainty of God’s providence, and the reality of God’s blessing.

I believe their words and their faith will inspire all of us — and give us a new vision for our great land.

More importantly, we will see that the road we’re traveling as a nation was feared by our Founding Fathers — and while there’s still time, their warnings must be heeded.

Related: July 4 Thoughts: It’s Not Too Late to Save Our Country [1]

We’ll begin with our first president, George Washington. He wrote a prayer to “O most glorious God, in Jesus Christ,” and concluded, “Let me live according to those holy rules which Thou hast this day prescribed in Thy holy word … Direct me to the true object, Jesus Christ, the way, the truth and the life.”

John Adams, our second president, wrote, “Our Constitution was made only for a moral and religious people. It is wholly inadequate to the government of any other.”

Thomas Jefferson, our third president, asked, “Can the liberties of a nation be thought secure when we have removed their only firm basis, a conviction in the minds of the people that these liberties are of the gift of God?”

Our sixth president, John Quincy Adams, said, “Is it not that the Declaration of Independence first organized the social compact on the foundation of the Redeemer’s mission upon earth? That it laid the cornerstone of human government upon the first precepts of Christianity?”

Andrew Jackson, our seventh president, confided, “I have full confidence in [God’s] goodness and mercy … The Bible is true … I have tried to conform to its spirit as near as possible. Upon that sacred volume, I rest my hope for eternal salvation, through the merits and blood of our blessed Lord and Savior, Jesus Christ.”

The Christian writings of Abraham Lincoln, our 16th president, would fill an entire book. In 1863, Lincoln declared in a proclamation calling for a national day of prayer and fasting: “We have been the recipients of the choicest bounties of heaven … We have grown in numbers, wealth, and power as no other nation has ever grown. But we have forgotten God. We have forgotten the gracious hand which preserved us in peace and multiplied and enriched and strengthened us; and we have vainly imagined … that all these blessings were produced by some superior wisdom and virtue of our own. … we have become too self-sufficient to feel the necessity of redeeming and preserving grace, too proud to pray to the God that made us. It behooves us, then, to humble ourselves before the offended Power, to confess our national sins, and to pray for clemency and forgiveness.”

Theodore Roosevelt, America’s 26th president, wrote this: “In the actual world, a churchless community, a community where men have abandoned and scoffed at or ignored their religious needs, is a community on the rapid downgrade.”

Woodrow Wilson, our 28th president, stated plainly, “America was born a Christian nation. America was born to exemplify that devotion to the elements of righteousness, which are derived from the revelations of the Holy Scripture.”

Calvin Coolidge, our 30th president, said this about America’s Founding Fathers: “They were intent upon establishing a Christian commonwealth in accordance with the principle of self-government. They were an inspired body of men … Who can fail to see in it the hand of destiny? Who can doubt that it has been guided by a Divine Providence?”

Franklin Roosevelt, America’s 32nd president, observed, “With every passing year, I become more confident that humanity is moving forward to the practical application of the teachings of Christianity as they affect the individual lives of men and women everywhere.”

Harry Truman, our 33rd president, understood the spiritual heritage of this nation. He said, “If men and nations would but live by the precepts of the ancient prophets and the teachings of the Sermon on the Mount, problems which now seem so difficult would soon disappear … That is a supreme opportunity for the church to continue to fulfill its mission on earth … No other agency can do it. Unless it is done, we are headed for the disaster we would deserve.”

Related: Supreme Court: Peace Cross Can Stay Where It Is [2]

Gerald Ford, the 38th president, quoted a speech by Dwight D. Eisenhower: “Without God, there could be no American form of government, nor an American way of life. Recognition of the Supreme Being is the first — the most basic — expression of Americanism. Thus, the Founding Fathers of America saw it, and thus with God’s help, it will continue to be.”

Ronald Reagan, our 40th president, observed the growing hostility toward religion: “The frustrating thing is that those who are attacking religion claim they are doing it in the name of tolerance, freedom and open-mindedness. Question: Isn’t the real truth that they are intolerant of religion? They refuse to tolerate its importance in our lives.”

Our 43rd president, George W. Bush, when asked in a debate to choose a political philosopher important to his life, chose Jesus Christ, saying, “He changed my heart.”

Donald J. Trump, our 45th and current president, recently said, “Faith is central to American life and to liberty. Our Founders invoked our Creator four times in the Declaration of Independence. Our currency declares, ‘In God We Trust.’ And we place our hands on our hearts as we recite the Pledge of Allegiance and proclaim we are ‘One Nation Under God’ … Throughout our history, we see the story of God’s providence. And in every city and town, we see the Lord’s grace all around us, through a million acts of kindness, courage and generosity. We love God.”

Related: The 20 Evangelicals Who Pray with Trump [3]

These are but a handful of the expressions of faith offered by our presidents throughout American history. Hundreds of other quotes exist in the record.

I can’t read their writings without marveling at the spiritual heritage handed down to us.

But these statements of faith also evoke a certain sadness over what is happening to our great country today.

We are witnessing an unprecedented campaign to secularize our society and demoralize our institutions from the top down. Most forms of prayer have been declared unconstitutional in our public schools — even if student-initiated.

The Ten Commandments have been prohibited on school bulletin boards. Secular universities are blatantly hostile to Christian precepts, and the media scream “Foul!” whenever someone speaks openly of his or her beliefs.

This is the wonderful land of the free — yet we have gagged and bound many of our public officials, our teachers, our elected representatives and our judges.

Since we have effectively censored expressions of faith in public life, today’s youth are growing up with little understanding of the spiritual principles on which our country was founded. No wonder so many of them can kill, steal, take drugs, and engage in promiscuous sex with no pangs of conscience.

We have taught them that right and wrong are arbitrary — subjective — changing. They learned their lessons well. Liberty — the liberty we enjoy as Christians and the liberty we celebrate as Americans — rests upon knowing the truth.

This Independence Day, let’s celebrate our godly heritage — and recommit to the truth that made us free and will keep us free.

Dr. James Dobson [3] is founder and president of Family Talk, a nonprofit organization that produces his radio program, “Dr. James Dobson’s Family Talk.” [4] He is the author of more than 30 books dedicated to the preservation of the family.