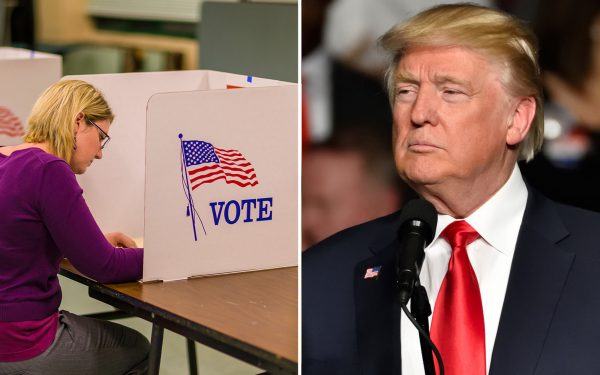 CNN’s Randi Kaye interviewed Iowans to see if they would back President Donald Trump or former Vice President Joe Biden in the 2020 presidential election. [1]

The panel consisted of 10 voters.

Four said they plan on voting for Trump, while three plan to cast their vote for Biden.

In the video below, you’ll see the host try to change minds in her own way.

Trump made a pitch to Iowa voters with strong feelings on illegal immigration. He said open borders equal “massive crime.” Look at the problems with disease coming into our country. People say, ‘Don’t say that, that’s not nice.’ Happens to be true,” he told GOP fundraiser. pic.twitter.com/fsPLP6DOTD [3]

Frank Moran: “The economy is booming … I just feel as though everything that I’ve been wanting to have done is being done.”

Heather Halterman: “He’s working on border control, which I think is really important.”

Noah Hamoud: “He can do a good job of bringing the country together. If we can move past rhetoric and bring in someone who’s more respected worldwide, I think we can have a better country from that.”

Indiana Mayor Pete Buttigieg had a supporter in an individual named Katie Carlson — who told the panel she didn’t know how voters could support President Trump as she called out her perception of blatant misogyny.

Said Carlson, “I don’t know how you can possibly paint that broad of a brush and just say not only Republicans but just Americans are pleased with who we have. As a woman, it is frustrating, depressing, and frightening to hear people just brush aside the misogynistic things that Donald Trump has done.”

But Carlson also said that Buttigieg was “inspiring. He has a message that can restore the unity that we’re looking for. I think as a veteran, too, he would — he would represent us well across the world.”

Forum host Kaye asked Trump supporter Halterman if it bothered her “when the president lies?”

This piece originally appeared in WayneDupree.com [6] and is used by permission.