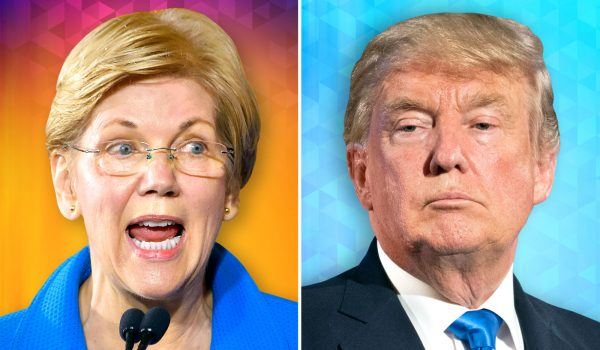 Sanders, together with Rep. James Clyburn (D-S.C.), have joined in on legislation to forgive college loan debt of up to $50,000 for each student.

If it passes, it would help nearly 42 million people.

Why do Democrats always think amnesty is the answer to everything (immigration, pardons for donors, and now for college freeloaders)?

Going to college is a choice that many people use and need to build real skills (in nursing, engineering, medical, astrophysics and much more).

Yet some use it as an excuse to party for four years — and if those are the people receiving debt forgiveness, I don’t think many Americans will join in on this idea.

Warren isn’t the answer; she is the problem, as I see it.

Clyburn: “For far too many students and families, the cost of higher education has meant daunting debt and a lifetime of student loan repayments.”

This issue makes me so angry. Advanced education is an adult decision!

While we are at it, can we please cancel all credit card debt? What the heck — why don’t we cancel all debts and outlaw lending, period? That would help 350 million Americans.

Warren’s press release on the issue contains the following statements from experts.

“We write in regard to your student debt cancellation policy proposal.”

“Our analysis of this policy suggests it would have a substantial impact on student debt forgiveness and would greatly benefit households with the least ability to repay.”

Related: The State of New York Will Help Dreamers Pay for College [3]

So let me get this straight.

All those kids willingly signed loans for their education.

The education presumably gives them a “one-up” on those who are less educated. They will make more money over their entire lives for said education — but all of us, including those who had to skip an education because they couldn’t afford it, now get to pay for those who received the education.

Sorry, but I have no sympathy for college students who have taken out extravagant loans to subsidize years of partying, new cars and attendance at universities that have jacked up tuition because of all the “free” government student loans.

These individuals made poor life choices and should be held accountable for those decisions.

I once supported this — but not anymore.

Read more at WayneDupree.com:
Don Lemon: CNN Isn’t Anti-Trump or Pro-Democrat [6]
Watch Iowa Voters Tell CNN They Are Voting for Trump in 2020 [7]
Pelosi Accuses POTUS of Cover-Up Once Again, but This Time She Went Further [8]