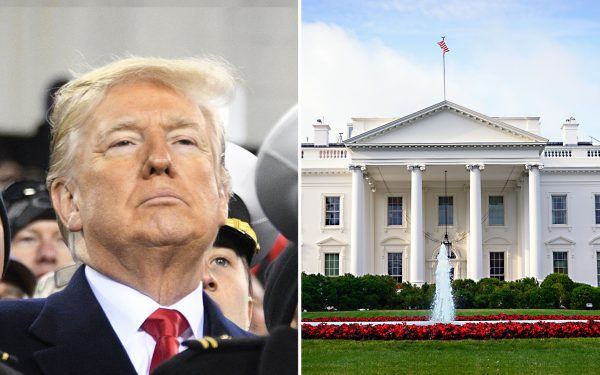 The results [1] of a new Harvard Center for American Political Studies (CAPS)/Harris Poll were released on Friday — and the survey contained considerably good news for President Donald Trump.

A primary question asked was, “Do you approve or disapprove of the job Donald Trump is doing as president of the United States?”

Twenty-five percent of respondents said that they “strongly approve,” while 23 percent said they “somewhat approve.”

This gives the president a net approval of 48 percent.

Thirty-seven percent of respondents said that they “strongly disapprove,” while 15 percent said they “somewhat disapprove.”

This gives Trump a net disapproval of 52 percent.

Trump hasn’t seen an approval rating [2] this high in this particular poll since mid-2017, a full two years ago, according to The Hill. [3]

A record 62% approve of Trump's approach to employment.

59% approve of Trump's handling of the economy.

“Every point of increase in this range of 45 to 50 improves the possibility of re-election,” Mark Penn, the co-director of the Harvard CAPS/Harris Poll, told The Hill.

The poll also showed how the strong economy is helping the president.

The survey asked: “How strong do you think the U.S. economy is today?”

That’s 71 percent of respondents who are giving Trump a thumbs up on the economy — and only 29 percent giving a thumbs down.

This is a strong number for the president from any angle.

After a Gallup Poll, taken April 17–30, showed improvements in President Trump’s overall job-approval rating, a Harvard CAPS/Harris Poll, conducted this week and released by The Hill, shows that public opinion is still moving in the president’s favor.

With over 500 days until the 2020 presidential election, anything can still happen.

Hillary Clinton had some more promising poll numbers toward the end of the 2016 election compared to Trump — but in the end, the pollsters got it wrong about how that race would end.

This is not the only recent poll favorable to the president. The Political Insider reported [6] on Friday, “According to the latest Job Creators Network/ScottRasmussen.com [7] Weekly Pulse poll, a majority of Americans believe the U.S. economy is in decent shape, with most saying it’s doing ‘excellent’ or ‘good.'”

It continued, “When asked how they would gauge the current economy, 13 percent of respondents replied ‘excellent,’ while another 39 percent said ‘good.’ Thirty-one percent said the economy was ‘fair.”

While these are only two polls and there are many potential variables between now and the election, these are still good signs for Donald Trump.

As the economy continues to improve along with the president’s poll numbers, whoever the Democrats nominate might have a tougher time than they imagined.

Read more at ThePoliticalInsider.com:
Trucker Destroys CNN: I Don’t Blame Trump for Trade Situation and I’m 100 Percent Voting for Him in 2020 [10]
Watch: Radio Host Calls Out ‘Original Rachel Dolezal’ Elizabeth Warren [11]
Glenn Beck Wants Amash to Run in 2024: Is This the Man ‘We on the Right Have Waited for My Whole Life’? [12]