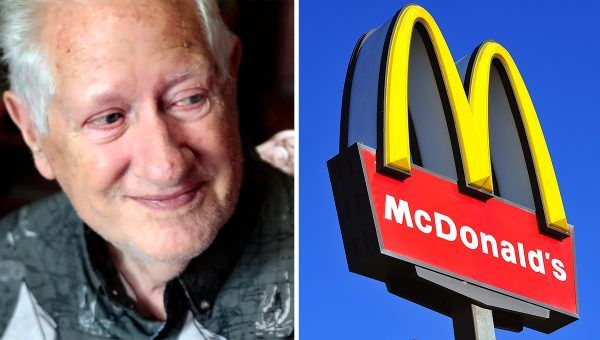 Chris Arnade is a freelance writer and photographer whose work has appeared in such outlets as The Wall Street Journal, The New York Times, The Financial Times and more.

He worked for two decades as a trader at an elite Wall Street bank before leaving in 2012 to document addiction issues in the Bronx, as his biography notes.

His new book, “Dignity: Seeking Respect in Back-Row America,” [1] is just out from Sentinel, an imprint of Penguin Publishing Group. And speaking on “Fox & Friends” on Tuesday morning, Arnade noted among other things that he found McDonald’s — the famous fast-food joint that so many of privilege like to chastise — to be far more welcoming to people on the margins of society than countless other establishments.

He found the same to be true of churches across America.

At one point in his book, he writes, “Yet from the moment I first walked into Hunts Point [in the Bronx], I kept finding myself in churches, as I kept finding myself in McDonald’s, going there for one reason: because the people I wanted to learn from spent their time there. Often the only places open, welcoming, and busy in back-row neighborhoods were churches or McDonald’s. Often the people using the McDonald’s were the same people using the churches, people who sat for hours reading or studying the Bible at a booth.”

He told Steve Doocy [2] of “Fox & Friends” [3] on Tuesday morning that McDonald’s doesn’t get enough credit, essentially, for opening its doors to people who need a place to sit, to eat, to read, to think, to spend some time with others just like them — and to just be.

And the coffee and food aren’t bad, either.

Churches across America don’t get enough credit, either, for all they do for the marginalized, the lost, the less listened to among us, he noted.

He urged other people, “Before you judge anybody, walk a mile in their shoes” — or at least walk with them or beside them, he said.

“Like most in the front row, I am used to thinking we have all the answers,” Arnade writes in his book. “On Wall Street, there were few problems we couldn’t solve with enough smarts, energy, audacity, or money. We even managed to push death into the distance; with enough research and enough resources — eating right, doing the right things, going to the correct medical specialist — the inevitable could be delayed, and mortality could feel distant.”

“Like most in the front row, I am used to thinking we have all the answers.”

“With a great job and a great apartment in a great neighborhood, it is easy to feel we have nothing for which we need to be absolved,” he also says. “The fundamental fallibility of humans seems outdated, distant. It’s not hard to imagine that you have everything under control.”

In an often harsh world, these words are worth considering.