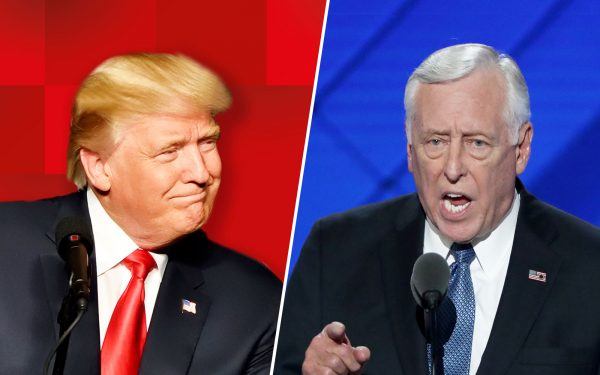 Democrats appear to resist President Donald Trump [1] on just about anything and everything he does.

In my view, it is getting out of hand — and America is losing out on becoming greater than it could be if everybody was on board with the same agenda.

The president tweeted out earlier this year that he would be attending a July 4 celebration [2] at the Lincoln Memorial in Washington, D.C.

And Democrats are angry about it.

HOLD THE DATE! We will be having one of the biggest gatherings in the history of Washington, D.C., on July 4th. It will be called “A Salute To America” and will be held at the Lincoln Memorial. Major fireworks display, entertainment and an address by your favorite President, me!

The Dems are afraid that Trump’s July 4 address at the Lincoln Memorial will be even more moving than his D-Day address was [4].

As the anniversary kicked off for D-Day and Trump gave his address, I pondered the high cost of freedom that those soldiers sacrificed for all of us — and I thought to myself how so many of our young people know so little or even nothing about our history.

Here are some of the whiners who are complaining about Trump’s visit to the Lincoln Memorial on July 4.

Rep. Steny Hoyer (D-Md.) (shown above right): “President Trump’s efforts to insert politics into a celebration of our nation’s history is extremely alarming. Forcing taxpayers to foot the bill for what amounts to a political rally is irresponsible and a misuse of funds. I strongly urge the president to reconsider his proposed event.”

Rep. Raul Grijalva (D-Ariz.): “In addition to drawing the administration’s attention to the cost, resource impacts and logistical headaches this will cause, we are respectfully asking the president to make himself part of this great celebration rather than attempting to make this great celebration about him.”

Rep. Betty McCollum (D-Minn.): “The Fourth of July celebration is not about any one person; it is not a time for campaigning — but a time to celebrate our unity as a free nation” (source: Fox News) [6]

All of this, in my view, proves that Democrats are against Trump and America.

The Fourth of July should be celebrated, not scorned because people do not get along.

Related: Teach Your Kids What Made Our Country Great in the First Place [2]

It’s the birthday of our country — and to watch these so-called adults warring over stupidity shows how badly we need a spiritual revival in our nation.

The best part of this is that Hillary Clinton will not be addressing the public from the Lincoln Memorial on July 4 — so there’s that.

Read more at WayneDupree.com:
Univ. of Alabama Gives Back $21M to Philanthropist Who Wanted Boycott Over Pro-Life Bill [8]
MSNBC Andrea Mitchell Claims ‘America Is Less Respected in Europe’ Now Than at Any Time Since WWII [9]
Napolitano: Mueller Got It Wrong When He Said Trump Can’t Be Prosecuted — He Can [10]