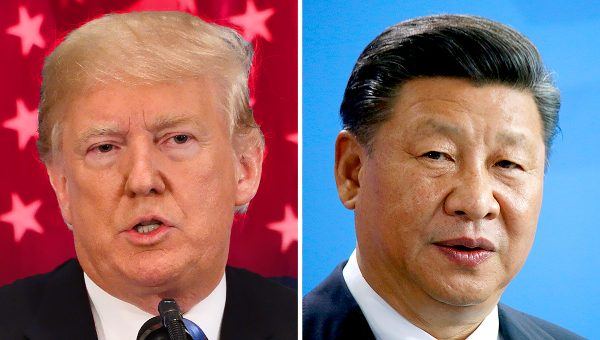 President Donald Trump on Saturday is expected to have a sit-down with Xi Jinping, China’s president, at the G20 meeting in Japan.

There’s a lot of speculation about such a meeting, since the U.S. and China remain locked in a tense trade war.

Pundits and commentators keep urging Trump to make a deal with China.

And Wall Street is certainly hoping for reduced tensions — if only to calm nervous investors.

The president, by the way, tweeted the following on Thursday morning:

But Trump should not be in a hurry to accommodate China, considering Beijing’s decades-long history of predatory trade practices.

If the two leaders meet, here are five issues that President Trump should raise, in my view.

1.) Cyber espionage. In April, it was reported that China’s giant tech firm, Huawei Technologies Company, had installed “backdoors” in software it was providing for networking companies. This was only the latest of many accusations launched against the telecom giant. And now, a new report is warning that Huawei’s products are more likely to contain flaws than other tech firms — and such glitches could be exploited by potential hackers.

Related: Tariffs Are a Necessary Response to China’s Intransigence [4]

Trump should tell President Xi that Americans simply don’t trust Chinese products anymore. They fear that technology manufactured in China is spying on them. Huawei provides just one example of this rampant problem. And Beijing remains culpable, too, since it’s unclear who really owns and controls Huawei. If Beijing wants to keep doing business with the United States, Chinese firms must become far more transparent—and ensure that products are free from spyware and malware.

2.) Labor abuses. Starting in 2011, workers assembling iPhones at a Foxconn factory in China were required to sign an anti-suicide pledge. It was the callous answer to a string of suicides by workers in response to brutal working conditions. Foxconn has also experienced other troubles, including accidents, unsafe working conditions, and underage labor.

Americans don’t want to buy products built at the expense of human lives. President Trump must make clear to President Xi that such unsafe working conditions simply aren’t acceptable in the 21st century.

3.) Intellectual property theft. Twenty percent of U.S. companies report that China stole their intellectual property in the past year. And the Office of the U.S. Trade Representative estimates that such IP theft is costing US firms between $225 billion and $600 billion annually in lost revenues.

The damage has been profound. American Superconductor, for example, saw its wind turbine technology pirated by Sinovel. Now, roughly 20 percent of the wind turbines installed in China contain stolen technology. Similarly, the state-owned company Baosteel is selling a new steel product stolen from U.S. Steel Corporation. Not only did U.S. Steel invest many millions of dollars to develop a higher-grade steel product, it has since been forced to spend millions more in litigation against Baosteel’s nebulous business hierarchy.

Intellectual property theft is one of the key issues confronting the Trump administration. And it’s why the administration initially imposed Section 301 tariffs against such rampant theft and espionage.

4.) Currency manipulation. In the wake of Trump’s imposition of tariffs on Chinese steel, aluminum, and other products [4], Beijing has responded by devaluing its currency roughly 9 percent in the last year.

Even after loosening its currency in 2005, Beijing continued to tightly manage its value in order to boost imports.

Unless Beijing ends its currency shenanigans, Trump will have no choice but to either impose more tariffs or tackle the dollar’s current overvaluation.

5.) Forced technology transfer. In order for U.S. companies to sell product in China, they must follow strict licensing requirements mandated by Beijing. Many of these firms sign arbitrary, low-priced licensing agreements with “partner” Chinese companies. Those partner companies often steal the U.S. firms’ intellectual property, leaving them with only short-term access to China’s consumers while surrendering long-term technological ability.

It’s estimated that over $350 billion in revenue is lost each year to forced technology transfer. And a substantial portion of the technology underpinning China’s government-owned companies was forcibly taken from U.S. firms. Trump should tell Xi that such economic aggression is unacceptable, and that the United States will do whatever is necessary to preserve its technological standing.

Beijing started this trade war years ago, when it undertook efforts to dismantle America’s manufacturing base.

Now, when President Trump confronts Beijing on these longstanding issues, he should make clear that the United States will no longer tolerate bullying and cheating. And that means China must get its act together.

Michael Stumo is CEO of the Coalition for a Prosperous America (CPA) [5], a nonprofit organization working at the intersection of trade, jobs, tax and economic growth.