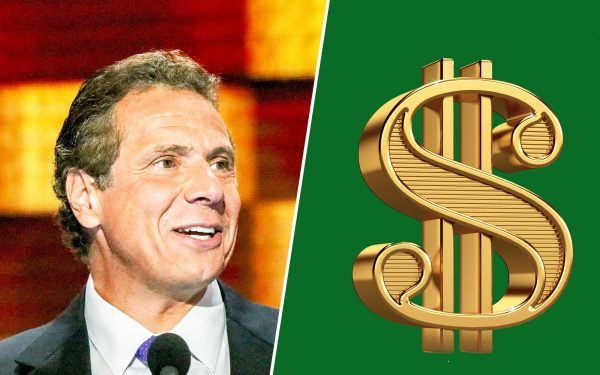 County clerks in upstate New York have said they will refuse to issue driver’s licenses to illegal immigrants [1], despite Gov. Andrew Cuomo’s signing the Green Light Bill into law.

The measure is designed to give those who have crossed our nation’s borders illegally the right to a driver’s license.

The New York Post [2] reports that clerks in Rensselaer, Allegany, Erie, and Niagara counties all have said they will not grant a license to anyone in the country illegally, citing conflicts with established federal law.

The Green Light Bill is set to take effect in six months.

“In the memo of the bill, they talk about the reason why they’re passing this bill is to make sure that people who are here illegally can get to and from work,” Kerns pointed out to The Post.

“It is illegal to hire people in the state of New York or anywhere that are here illegally.”

Anyone who knows Cuomo from his Safe Act days [4] knows he is more interested in creating his own laws in New York State — the Constitution and federal law be damned.

Voter fraud? Granting state licenses to illegal immigrants could lead to voter fraud, which is exactly what Democrats in New York are banking on.

The Post reported on Tuesday [5] there is a loophole in the law that even the State Board of Elections and the bill’s own sponsors admit could lead to hundreds of thousands of people illegally registering to vote.

“Theoretically, they could have the ability to vote,” sponsor Luis Sepúlveda (D) admitted — while arguing in favor of the bill.

Rensselaer County Executive Steve McLaughlin claims, “All this is by design, and I’m guaranteeing within a year, they’re going to start to say let’s just let them vote, they’re here anyway.”

Polling has shown overwhelmingly that most New York State residents oppose the measure [6].

Lawsuit on the way? Frank Merola, a clerk in Rensselaer County, has led the charge against the Green Light Bill, stating unequivocally that his office would never issue a license [7] to an illegal immigrant.

Any other clerks who refuse to abide by the new legislation will likely face action. They could even be stripped of their positions by Cuomo himself.

“I’m going to refuse to issue a driver’s license to anyone who comes into my office that can’t prove to us they’re here legally. Federal law states we’re not allowed to aid someone who comes into our office who is here illegally,” Merola told CBS 6 News.

“There’s no right to a driver’s license. It’s a privilege. It’s not a privilege we should be giving to someone that’s here illegally,” he added in an interview with ABC 10.

“I’m not anti-immigrant. My wife is a naturalized citizen.”

Merola has joined McLaughlin in announcing they will file a lawsuit [8] to have the Green Light Bill declared, ironically enough, illegal.

“It’s not going to happen here in Rensselaer County,” McLaughlin said. “It just is not.”

He added that extreme measures like this, opposed by a vast majority of the voters in New York, are a result of “insane lunatic progressives in the New York State legislature.”

The pair are encouraging other county clerks to step forward and join their lawsuit, which they have deemed “a necessary step in the face of this ill-conceived law.”

It’s important to note that Merola, Kerns, and any other clerks who refuse to abide by the new legislation will likely face action. They could even be stripped of their positions by Cuomo himself. They know this — and still they’re willing to fight to uphold the laws of our nation.