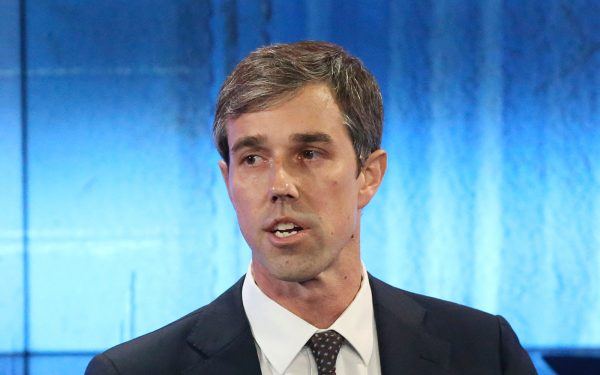 Democratic presidential hopeful Beto O’Rourke [1] found out on Friday that there is truth to the old adage “with friends like these, who needs enemies?” after a supporter introduced him as a “blank slate” at a campaign stop in Iowa [2].

The remark, flagged first by The Washington Examiner [3], came in Knoxville, Iowa, when a local Democrat who was tasked with introducing the former Texas congressman explained why she was introducing him to the stage.

She noted that he had almost beaten Sen. Ted Cruz (R-Texas) [4] in the 2018 Senate race, and also praised O’Rourke’s charisma: “He has a divining quality, he can command a crowd.”

“He is a blank slate that is waiting to be filled by our hopes and dreams for the United States.”

The remark was met by a brief silence, then a smattering of applause.

O’Rourke has struggled in the polls in recent months as he has proposed a wave of policies on everything from immigration to decriminalizing truancy.

Related: Beto Would Support Reparations for Slavery if Elected [5]

A May Fox News Poll [6] found O’Rourke in sixth place with 4 percent support.

While that puts him ahead of the majority of declared candidates, it puts him far behind frontrunners such as former Vice President Joe Biden [7] (35 percent) and Bernie Sanders (17 percent).

Last month he tried to reboot [8] his campaign and admitted that his campaign made a series of missteps since it launched.

O’Rourke specifically indicated he regretted saying he “sometimes” raised his son and that a Vanity Fair cover “reinforced” the perception that he was privileged.

Adam Shaw is a reporter covering U.S. and European politics for Fox News. This Fox News [9] piece is used by permission.