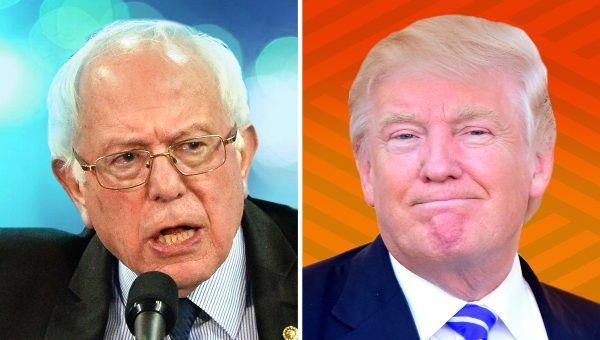 Democratic 2020 presidential hopefuls [1] took to the stage in South Carolina on Saturday to take a series of swings at President Donald Trump, and position themselves as the frontrunner in a packed race for the Democratic nomination [2] in a vital primary state.

The candidates spoke at the state’s Democratic Party convention, using dramatic language to condemn the current occupant of the White House.

Sen. Bernie Sanders (I-Vt.) [3] described Trump as “the most dangerous president in American history” — while Sen. Kamala Harris (D-Calif.) made a reference to her background as a prosecutor and called on Democratic activists to “prosecute” Trump’s record in office.

Former Vice President Joe Biden [4], who is the frontrunner in the polls, was scheduled to speak in the evening — and his rivals didn’t mention him by name, but sought to undercut the claim that he is the most electable candidate.

Harris urged voters not to “turn back the clock,” a possible reference to Biden’s representation of a prior era of American politics.

Sen. Elizabeth Warren (D-Mass.) [5], who has been creeping up the polls in recent weeks, said that her ideas could also reach Republicans.

“I believe that when we kept in the big fights for the big ideas that’s when it is that we draw in Democrats and Republicans,” she said. “That’s what it is that we make it worthwhile for people to get in the fight. That’s why we’re here to build a future not just for those who are born into privilege but to build a future for everyone. And that’s what my campaign is all about.”

Sen. Amy Klobuchar (D-Minn.), who has touted her success in moderate Midwest states, told the crowd that “I know how to win.”

Biden himself appeared on stage at a Friday evening fish fry held by House Majority Whip Jim Clyburn (D-S.C.), and touted his friendships with Clyburn and other South Carolina politicians.

He also urged unity in his party, saying that whoever the nominee may be, “we have to stay together and elect a Democrat.”

Biden has been dogged by criticism in recent days over comments he made about being able to work with segregationist Democrats [6] and “get things done” in decades past. He was criticized by Sen. Cory Booker (D-N.J.), who called on Biden to apologize, and on Saturday by Harris.

“I’ve been very clear, I think his perspective on this is misinformed and if the people he was talking about with such affection had their way I would never have been able to be a United States senator,” she told reporters.

Biden had been scheduled to meet with black leaders behind closed doors on Friday.

South Carolina boasts the largest electorate of the four early nominating states, and its mix of black voters and moderate whites gives candidates a proving ground ahead of a Super Tuesday slate that includes other similar Southern states and hundreds of delegates at stake.

The convention also gave Democrats an opportunity to pitch for support from African-Americans, with Sanders slamming what he called a “grotesque level of racial disparities in America.”

“We recently celebrated Juneteenth, but 154 years after that day we see a racial gap that leaves the average black family with 10 times less wealth than the average white family. We see the infant mortality rate in black communities more than double for white communities. We see young people African-Americans graduating college $7,000 more in debt than white graduates. We see black women making 61 percent of what white men make.”

“We are going to end that absurdity,” Sanders said, before also declaring the criminal justice system “plagued by racism.”

Mayor Pete Buttigieg of South Bend, Indiana, appeared after spending time at home after a black man was shot and killed by a police officer. Buttigieg was jeered by black protesters at home. He told the crowd in South Carolina that “we will heal and we will become stronger in the broken place.”

“Does that mean he wants to take us back before the Civil Rights Act was enacted?”

Harris, meanwhile, focused on Trump’s Make America Great Again slogan and asked whether it meant a return to segregation.

“Because we’re not going back,” she said.

Adam Shaw is a reporter covering U.S. and European politics for Fox News. Fox News’ Jason Donner and the Associated Press contributed to this Fox News [8] report, which is used by permission.