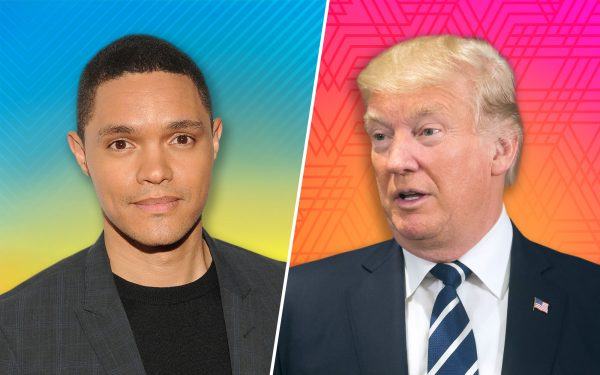 Yes, Trevor Noah, President Donald Trump is the first president [1] to deliver on the promises he’s made.

I consider myself on seriously shaky ground when I agree with “Daily Show” host Noah [2] on anything — but I will also add that Trump is the first president who was able to defy the kingmakers on both sides of the aisle, and that angers them to no end.

During Noah’s appearance on Thursday on “Jimmy Kimmel Live,” he told the host and audience that, “hate him or love him,” Trump is the first presidential candidate to make good on his campaign promises.

Forgive me for not trusting Noah and his statements — or thinking that he might have said this as a negative declaration and rallying cry for Democrats to get their act together for 2020. [1]

Democrats, in my view, are toast. They know nobody believes anything they say at this point.

The Mueller probe is over and Americans do not want to hear about it anymore.

The Democrats are upset because their plan has fallen apart.

For the most part, Trump has done a lot of good for America and gets an A-plus. But thus far on the border issue, he has failed in his campaign promise.

Related: Illegals Are Now Being Flown to California to Relieve Crowding in Texas [3]

Sure, he can blame Congress and the courts, as they are to blame.

But he can also implement at least a half dozen things to stem the tide of this invasion at the border.

I voted for President Trump and have defended his presidency, but I will not succumb to the Kool-Aid effect. I will never fall in love with leaders — that’s not my job. And that type of thinking has hurt America for generations.