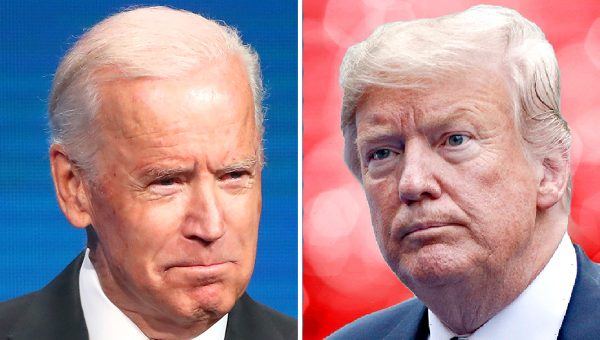 Who will win the 2020 Democratic presidential primary [1]?

If mainstream media coverage is any indication, the race is former Vice President Joe Biden’s to win [2].

Biden has been dominating coverage on CNN, Fox News, and MSNBC. ESPN’s FiveThirtyEight blog ran an analysis [3] on news clips and found that in the week following his announcement, Biden was mentioned more than every other Democratic candidate combined.

Coverage of Biden has cooled a bit in the days since, dropping to 34 percent, but that still leaves him well ahead and in first place.

In the week following Biden’s announcement, the former vice president got 2,232 mentions.

The next closest candidate?

Related: Did You See the Nickname Biden Wants to Give Trump? [4]

Biden is also racking up endorsements. Biden already has 20 major endorsements from Democrat Party members, while Bernie Sanders has racked up just 10.

Unions and other organizations have also been endorsing Biden.

The former vice president will almost certainly be the favored Democrat on Wall Street and in corporate boardrooms as well.

Most polls likewise indicate that Biden is in the lead. However, polls have proven less reliable in recent years.

And while Biden has been enjoying polling numbers [5] around 30 percent, he faces a major obstacle: The Democratic Party, on the whole, has been shifting to the :eft.

While Biden has attracted many of the party’s centrists, if progressives rally behind one candidate, that candidate may be able to overtake him.

It’s unclear, however, if any one of those candidates can muster all or most of the progressive vote in time for the primary.

Brian Brinker is a political consultant and has an M.A. in global affairs from American University. This OpsLens [6] piece is used by permission.

Read more at OpLens:
Medal of Honor Recipients Honored in Netflix Docudrama [7]
Andrew Gillum: Cops Who Draw Guns Have Already Gone Too Far [8]
Politicization of Tragedy: A Go-To Tactic of the Anti-Gun Left [9]