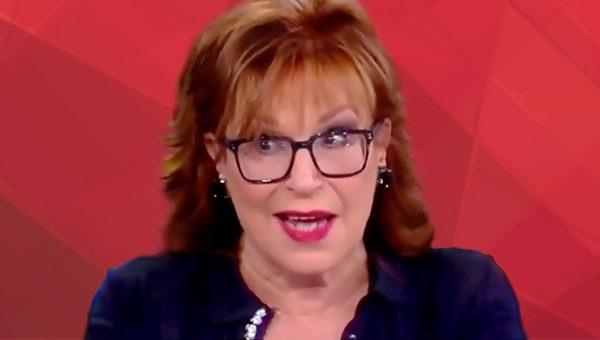 Joy Behar, a co-host of ABC’s “The View,” responded on Wednesday to the news of Alabama’s new and highly restrictive abortion law by suggesting the “white guys” in favor of the measure should undergo forced sterilization.

The legislation is the most sweeping in the nation.

Once it goes into effect, it will make almost all abortions in the state illegal; any doctor who performs one could be charged with a felony and sent to jail for 99 years.

Related: One Man Copes with the Wrenching Impact of His Girlfriend’s Abortion 20 Years Ago [1]

GOP Gov. Kay Ivey signed the bill into law on Wednesday after the legislature passed it earlier this week and sent it to her.

“Today, I signed into law the Alabama Human Life Protection Act, a bill that was approved by overwhelming majorities in both chambers of the Legislature,” said Ivey in a statement. “To the bill’s many supporters, this legislation stands as a powerful testament to Alabamians’ deeply held belief that every life is precious and that every life is a sacred gift from God.”

Yet Behar, for her part, said the Alabama lawmakers all have something “in common.”

“Can we look at a picture of the panel of men who did this?” she asked before displaying a graphic during the show with the men who voted for the measure.

“They’re all men — all white guys,” Behar said, answering her own question as the audience laughed.

“Maybe we should make it a law that they should all be required to get a vasectomy — that group in particular,” she added. “That would solve the problem.”

The law permits abortion in extreme cases in which it is “necessary in order to prevent a serious health risk to the unborn child’s mother.”

I worked as a post abortion counselor during my first master’s degree. I can tell you that what #Alabama [5] did today was the greatest advance in #womenshealth [6] #ChildrensHealth [7] in 5 decades. #LifeSaving [8] #AbortionHurtsWomenAndChildre [9] #prowoman [10] #prochild [11] #prolife [12]

Most Democrats are extremely upset about the measure and feel it takes away women’s rights over their own “health care.”

One Alabama Democrat even defended the act of abortion by saying earlier, “You [either] kill them now or you kill them later.”

Related: Alyssa Milano Doubles Down on ‘Sex Strike’ Idea, but Claims She Is ‘Pro-Life’ [16]

Sen. Cory Booker (D-N.J.), a Democratic candidate for the 2020 nomination [17], said on MSNBC that women should have the “right” to control their own bodies and that “all men — we need to lead on this issue … I cannot in any way sit comfortably while this is going on,” he said.

Nahanni Fontaine, a member of the Legislative Assembly of Manitoba in Canada, tweeted, “These 25 men, who will never be pregnant, just legislated more rights to rapists than to women, girls & victims of rape/incest … This is some backwards, archaic, intentionally repressive crap.”

Alabama doctors who perform abortions could now face up to 99 years in prison — the same as rapists and murderers https://t.co/vJLG43cNAo [18] pic.twitter.com/QTjfNxbH0E [19]

Analysis: Alabama’s abortion ban will make abortion a key issue in 2020. Which party does that help? https://t.co/R99fHAlfU3 [21]