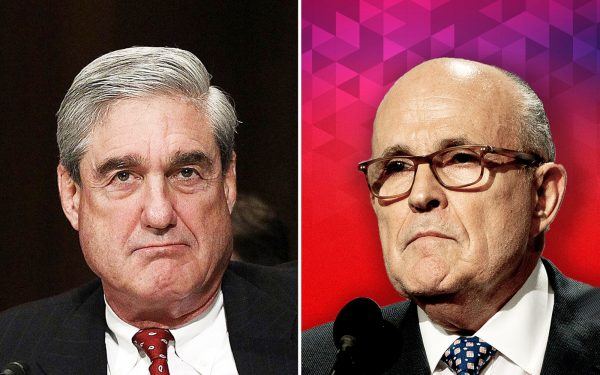 Speaking on the Fox News program “The Story” last night, former New York City Mayor Rudolph Giuliani said that Robert Mueller, the special counsel who has just resigned his position and concluded his work on the Russia probe, “just said what the report said … We have not a single new fact.  Not a smoking gun.  Not even a single new nuance.”

He added,  “It’s the same old story. [The] end result for a prosecutor, which obviously he was not very good at — is, number one, no collusion. Immediately what that says to you is [that] we just had two-and-a-half years of two investigations, [which were] entirely unfair [and] a waste of taxpayer money.” It seemed as if Mueller were merely trying to “justify” himself, he added.

Related: Mueller: Team Did Not Have Option of Charging Trump [1]

“He said there’s not significant evidence. [There’s] insufficient evidence. Insufficient evidence means you can’t meet the burden for an indictment.  The burden for indictment is probable cause. It’s nothing. It’s not reasonable doubt. So, he can’t get to the level of even making a charge. Do you know what that means every place else in America under American law unless you want to change it? It means you’re not guilty.”

Check out more in this Fox News video [2].