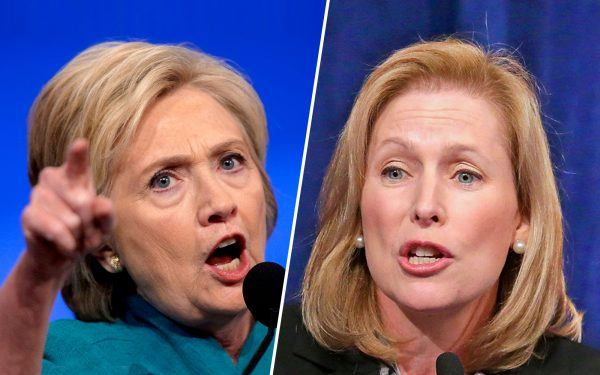 Kirsten Gillibrand, lagging well behind in every major Democratic presidential poll, [1] decided to charge up her base by offering a wild immigration proposal — which would render border laws effectively meaningless.

Appearing on “Face the Nation” on CBS over the weekend, Gillibrand announced she would not detain illegal aliens at all but would simply place them into the community.

“I wouldn’t use the detention system at all,” Gillibrand bragged. “They don’t need to be incarcerated.”

Related: Gillibrand’s Plan to Give Social Security Benefits to Illegals Is ‘Ridiculous’ [2]

When asked to explain further, Gillibrand did not back down.

“If they are given a lawyer and given a process, they will follow it,” she claimed, but with little evidence to back it up. “They can go into the community in the way we used to handle these cases under the Department of Justice.”

Why bother having laws of any kind?

Democratic presidential candidate Kirsten Gillibrand on illegal aliens who are arrested at the border: “As president, I wouldn’t use the detention system at all …They don’t need to be incarcerated … They can go into the community the way we used to handle these cases under DOJ” pic.twitter.com/UT5ckrvy6G [3]

Gillibrand added that “what I would actually do is fund the border security measures that are anti-terrorism, anti-human trafficking, anti-drug trafficking and anti-gun trafficking.”

Which is: A) Not true, as she did not support funding a border wall; and B) Akin to hiring security for a bank — and then when someone gets through to rob the vault, refuse to detain them. In this scenario, however, the bank robbers are stealing resources, jobs, and identities from the American people. [5]

More radical now than before? It’s hard to imagine, but Gillibrand is actually progressively moving further to the extreme Left when it comes to illegal immigration.

Back in 2008, the Hillary Clinton clone [6] stated she was “a firm opponent of any proposal that would give amnesty to illegal aliens” and believed the “federal government must provide the necessary resources to secure our borders.”

Today, she believes border security is “a waste of money” and tells her base that “we should get rid of ICE [7].”

In March, she announced that she wanted illegal immigrants to get Social Security benefits [2], something that would be extremely difficult to do without stealing a legal American’s Social Security number.

And now she wants to avoid detaining illegal aliens at all.

“President Trump’s immigration policy is inhumane, ineffective and wrong,” Gillibrand said during the interview. “I cannot tell you how infuriating it is for our president to still be separating children from their parents at our border in the most inhumane way and then locking them up.”

It’s far more infuriating watching Democrats pretend there is no crisis — and allowing all criminal illegals to walk without any form of punishment for breaking the laws of this nation.

Is it any wonder Gillibrand is registering roughly zero percent in every major national poll?