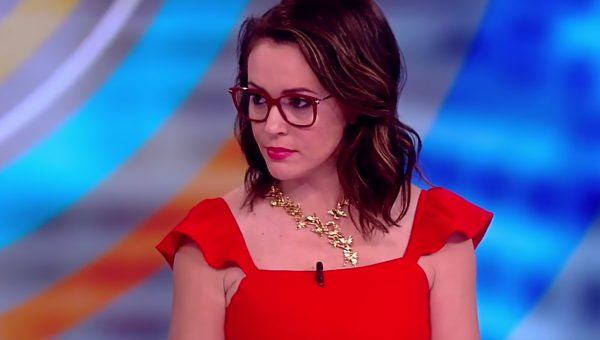 Alyssa Milano, the activist actress who never shies away from controversy [1], defended her so-called sex strike on Tuesday evening and insisted that every “human on the planet” is “pro-life” — even though she still advocates for abortion in certain circumstances.

This past Friday, Milano started a viral campaign for pro-choice, pro-abortion women to quit having sex as a response to the newly passed “heartbeat law” in the state of Georgia, which prohibits abortions beyond six weeks [2], when doctors can detect the fetal heartbeat.

Conservatives, pro-life activists and others mocked her strike announcement.

The actress appeared on CNN’s “Cuomo Prime Time” on Tuesday night — and acknowledged the reaction to her declaration had been “mixed.”

But she also said she brought attention to current anti-abortion legislation and said the strike was more about “awareness” — and not something she really wanted to implement.

“Look at me now. I’m on your show and we’re talking about women’s rights and how they’re being rolled back,” Milano told the CNN show anchor, Chris Cuomo.

When he said a “lot of women” are pro-life, including some of the co-sponsors of the heartbeat bill, Milano argued that she, too, is “pro-life.”

“I don’t think there’s a human on the planet that is not pro-life,” she said. “Nobody wants to get an abortion — nobody. We are all pro-life.”

“But there are circumstances that we cannot avoid,” she added. “There’s mothers’ health, there’s just not being ready, you know — and what that means financially and for someone’s destiny. This is an economic issue. Just because there are women who don’t believe [in] abortion, don’t take away someone else’s right [to it].”

SOCIAL MEDIA ATTACKS MILANO OVER “SEX STRIKE”: After the actress called to protest Georgia’s restrictive new “fetal heartbeat” law, the co-hosts discuss if a “sex strike” helps get her point across. https://t.co/dcE3hAiSot [3] pic.twitter.com/nXlKhdGVWR [4]

Georgia’s Republican Gov. Brian Kemp recently signed the heartbeat bill into law in his state, something he campaigned on last fall when he beat Democrat challenger Stacey Abrams in a gubernatorial race that gained national attention. [6]

The new law will take effect on Jan. 1, 2020, unless opponents are able to block it in court.

The bill, HB 481, is officially known as the Living Infants Fairness and Equality (LIFE) Act. It outlaws abortions in the state after doctors are able to detect a fetal heartbeat, which can occur as early as six weeks into a pregnancy.

Exceptions are permitted in the case of rape, incest, or if the mother’s life is in danger.

Georgia’s current law allows abortions to be performed up to 20 weeks.

“Georgia is a state that values life,” Gov. Kemp said before signing the bill into law. “We stand up for those who are unable to speak for themselves.”

“Gov. Brian Kemp is keeping his campaign promise,” Dan Celia [7], a national radio and television host and an authority on biblical stewardship, told LifeZette recently. “This is certainly a step in the right direction, and we applaud Gov. Kemp and appreciate his stand for those who are unable to take a stand.”

Celia [8] added, “Living in the state of Pennsylvania, where a state representative harassed women who were praying outside an abortion clinic [9], this comes as a breath of fresh air. The pro-abortion Democrats are certainly not happy with another step in a positive direction, not only for the state of Georgia but also as other states are encouraged to stand for life. We hope and pray for more action like this,” he said, “and look forward to the day that Roe v. Wade is overturned and abortion is the thing of the past.”

On Tuesday night, Alabama’s state Senate [10] passed a measure that would make the performance of an abortion at any stage of pregnancy a felony.

If it’s signed into law, it would be the most stringent abortion restriction in the country.

Share your thoughts below — and check out this video.