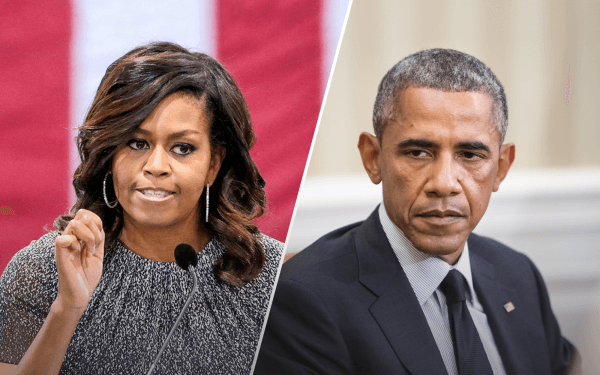 It’s a question many people are asking: What’s up?

Barack Obama has so far withheld his endorsement of Joe Biden for the Democratic nomination for the 2020 presidential election [1], even after Biden officially launched his candidacy early Thursday morning with a “launch video” released online [2].

A statement shared through his spokeswoman, Katie Hill, noted the following: “President Obama has long said that selecting Joe Biden as his running mate in 2008 was one of the best decisions he ever made. He relied on the vice president’s knowledge, insight, and judgment throughout both campaign and the entire presidency. The two forged a special bond over the last 10 years and remain close today.”

Biden, 76, entered the race on Thursday more than 30 years after he announced his very first campaign for president.

This new campaign is Biden’s third for the presidency; he previously tried in 1988 and 2008.

“The core values of this nation, our standing in the world, our very democracy, everything that has made America — America — is at stake. That’s why today I’m announcing my candidacy for president of the United States,” Biden tweeted out early Thursday.

Related: Biden Officially Announces His Bid for 2020 with an Online Video [2]

In his launch video, the former senator from Delaware mentioned the 2017 clashes in Charlottesville, Virginia, at a large white nationalist rally — and suggested he had big problems with President Donald Trump’s statement at the time that “there were some very fine people on both sides.”

Despite his wide name recognition within the ultra-crowded Democrat field, Biden already faces fundraising challenges, among other challenges.

Biden, 76, is entering the race with absolutely no campaign dollars — and he’ll need to raise at least $100,000 per day until Christmas Day if he wants to match the amount of money that Sen. Bernie Sanders (I-Vt.), the current frontrunner, or so it seems, banked by April 1, The New York Times [3] reported this week.

Some people close to Biden, Time magazine [6] reported, are worried about the rocky rollout for this run. “I’ve never seen anything so half-assed,” one former Biden aide said bluntly last week. “They’re improvising and doing last-minute planning … This should make everyone very nervous.”

Another former aide told the publication, “The guy’s best day is the day he announces. Everything after that gets worse.”

However, Robert Wolf, a former economic adviser to Obama, said on Fox News’ “Fox & Friends” on Thursday morning, “There’s going to be a ton of people who give [campaign donations] to Joe.”

He stressed Biden’s strong name recognition amid an overflowing field of candidates on the Democratic side — a field that right now numbers 20 people.

Even so, all those charges that Biden touched, hugged and kissed a variety of women [7] without their permission are still hanging out there — something that even a video Biden put out recently about better respecting other people’s “personal space” hasn’t so far quelled.