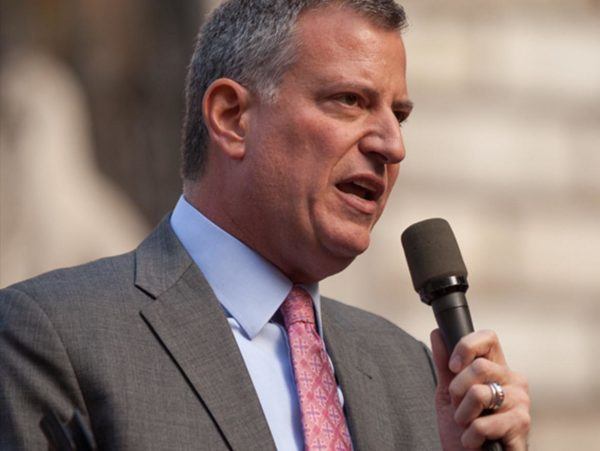 In the New York City Fire Department (FDNY), most engine companies operate with four firefighters and an officer.

But under the current contract between the city and the firefighters’ union, 20 engine companies in busy areas throughout the city have a fifth firefighter.

This extra firefighter plays a critical role, not only as a sort of wildcard who can be moved around as needed, but as an extra set of hands stretching hose lines through city streets and into apartment buildings, high-rise offices, private homes, and storefronts.

A stipulation in the contract states that if the number of firefighters on medical leave reaches a certain threshold, the city can remove the fifth firefighter from these companies.

The city was set to do so, but after the New York Post [1] ran an exposé on the planned staffing cuts, New York City Mayor Bill de Blasio put a hold on the move.

He instead announced plans [2] to meet with union and department leaders to come up with a new plan that would not endanger the lives of New Yorkers.

Something that is often overlooked when assessing the numbers of FDNY firefighters on medical leave are those who are still dealing with the side effects of their time spent at Ground Zero after the September 11, 2001, terror attacks.

“We have members that are sick but not sick enough to come off the job — they come down with nasal infections, bouts of breathing problems,” UFA president Gerard Fitzgerald said.

Related: State Trooper Heroically Gave His Own Life to Save an Innocent Family [3]

“They do go sick a couple of times a year if not more, because of their service in 9/11. If [the city] were to exclude that, we would not be having that conversation about reducing the number.”

Christopher Castellano is a U.S. Army veteran and currently serves as a firefighter in New York City; he is a contributor to OpsLens. This OpsLens [4] piece is used by permission.

Read more at OpLens:
Medal of Honor Recipients Honored in Netflix Docudrama [5]
Andrew Gillum: Cops Who Draw Guns Have Already Gone Too Far [6]
Politicization of Tragedy: A Go-To Tactic of the Anti-Gun Left [7]