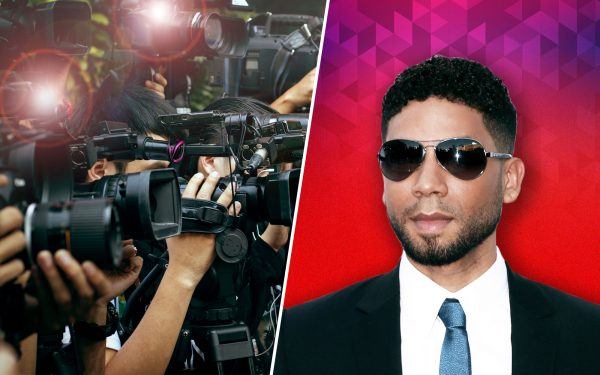 Jussie Smollett is continuing to affect more than our news feeds on social media negatively.

Now the Fraternal Order of Police (FOP) in Chicago is calling for Kim Foxx, the Cook County district attorney, to resign after letting Jussie Smollett off the hook for 16 felony charges.

The Chicago FOP president, Kevin Graham, at a press conference on Thursday declared, “People standing around me can give you countless examples of how Ms. Foxx’s lack of prosecution has cost our members and police officers an enormous amount of problems.”

Graham continued, “We need to have a prosecutor who is going to charge people when they commit a crime.”

As Graham explained the frustration with Foxx, it appears that the feelings of disdain have been brewing for some time.

Related: New Chicago Mayor Has Questions About the Smollett Case [1]

Everyone has their breaking point, including the Chicago FOP — which has zero shortage of police aggravation.

In the same day, the city of Chicago announced it would be filing a civil lawsuit against Smollett for not paying the $130,000 fine imposed against him.

The amount was intended to reimburse the city of Chicago for the cost of investigative working hours that were lost during the case.

The city had given Smollett one week to pay the amount, in which he did not comply.

Politicians like Maxine Waters (D-Calif.) called the circumstances “not unusual” [2] because this type of thing happens “all over the country every day.”

Many people believe the circumstances of the case are highly unusual — and therefore cannot be handled like a normal case of any Joe Blow.

The new mayor of Chicago took a moment to weigh in on the case by saying that the “state’s attorney office has to provide more information about the rationale for the decision to drop the charges.”

There are no guarantees on how this case will eventually end.

But one guarantee is safe: The end is nowhere in sight.

Adam Wilson, author of “Tactical Reload: Strategy Shifts for Emerging Leaders in Law Enforcement,” is a highly decorated 14-year law enforcement veteran who was recognized in 2018 by the National Association of Police Organizations for his handling of a human trafficking investigation in North Carolina. He has served as a SWAT senior operator and collaborated with federal authorities in cases involving public corruption, sexual exploitation of minors, and corrupt organizations. Concurrently, he served in a street crime unit that safeguarded against illegal guns, gangs and drugs. He earned a master’s in criminal justice and is pursuing doctoral studies; is an E.A. Morris Fellow for Emerging Leaders in North Carolina; and was appointed to the state Human Relations Commission by former Gov. Pat McCrory. This OpsLens [3] piece is used by permission.

Read more at OpLens:
Medal of Honor Recipients Honored in Netflix Docudrama [4]
Andrew Gillum: Cops Who Draw Guns Have Already Gone Too Far [5]
Politicization of Tragedy: A Go-To Tactic of the Anti-Gun Left [6]