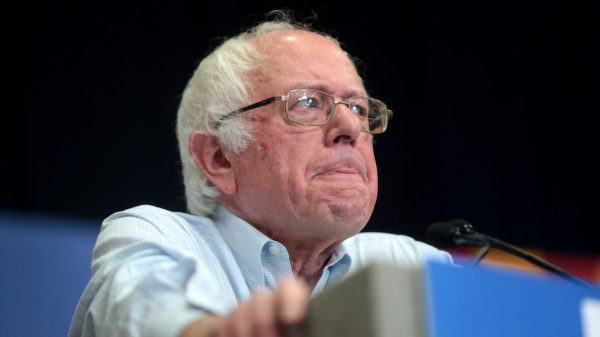 In the world of Democratic socialist Sen. Bernie Sanders (I-Vt.), all people have to do is write a bestselling book — and just like him, they, too, can become millionaires practically overnight.

Anyone find it odd that this 2020 Democratic candidate hasn’t credited capitalism — at least publicly — for all that extra money in his pocket?

Sanders said in a recent interview with The New York Times that lucrative book sales are what made him a millionaire — and that he will release his tax returns next Monday.

“On the day in the very immediate future, certainly before April 15, we release ours, I hope that Donald Trump will do exactly the same,” Sanders said to The Times [1].

“We are going to release 10 years of our tax returns, and we hope that on that day Donald Trump will do the same,” he also said.

Sanders also referenced his November 2018 best-seller, “Where We Go From Here: Two Years in the Resistance” as the reason for his comfortable financial status.

Turns out basic capitalism allowed @BernieSanders [2] to become a millionaire.

Sanders turned his brand, his popularity, into a best-selling book.https://t.co/YKypUu9l17 [3]

Sanders’ 2017 Senate financial disclosure forms indicate that he raked in some $1.06 million that year, as that outlet reported.

The four-bedroom property in North Hero, Vermont, includes 500 feet of Lake Champlain beachfront, according to the publication Seven Days [7].

Sanders’ two other homes are in Burlington, Vermont, and Washington, D.C.

This is the same candidate who says all convicted felons currently behind bars should be able to vote [8] as they can in two states currently — including his. He also believes in exploring reparations [9] for African-Americans whose ancestors were slaves.