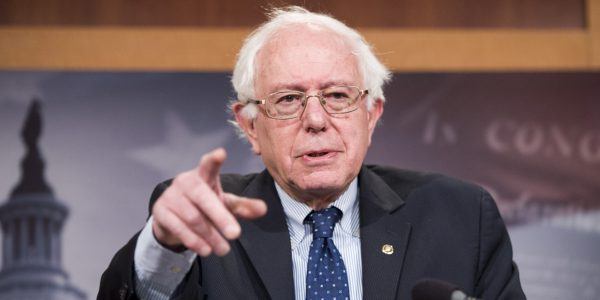 “When you wrote the book and made the money, isn’t that the definition of capitalism and the American dream?” Brett Baier of Fox News pointedly asked Sen. Bernie Sanders (I-Vt.) on Monday night.

The venue was a town hall in Bethlehem, Pennsylvania.

The context was Sanders’ wealth — revealed after he released 10 years’ worth of tax returns on Monday showing that he had been “fortunate” even as he pushed for a more progressive tax system.

At the same time, Sanders refused to say why he would not volunteer to pay the massive new 52-percent “wealth tax” that he himself advocated imposing on the country’s richest individuals, as Fox News [1] also pointed out.

“What we want is a country in which everyone has an opportunity,” Sanders insisted on Monday night. “A lot of people don’t have a college degree. A lot of people are not United States senators.”

Sanders robustly defended his wealth, as he has before — which some people have said is hypocritical.

“If anyone thinks I should apologize for writing a bestselling book, I’m sorry, I’m not gonna do it,” he added.

Pressed by anchors Bret Baier and Martha MacCallum as to why he was holding onto his wealth rather than refusing deductions or writing a check to the Treasury Department, Sanders began laughing dismissively and, in an apparent non sequitur, asked why MacCallum didn’t donate her salary. (“I didn’t suggest a wealth tax,” MacCallum responded.)

“Pfft, come on. I paid the taxes that I owe,” Sanders shot back. “And by the way, why don’t you get Donald Trump up here and ask him how much he pays in taxes? President Trump watches your network a little bit, right? Hey, President Trump, my wife and I just released 10 years. Please do the same.”

Sanders had earlier mentioned his 2018 best-seller, “Where We Go From Here: Two Years in the Resistance,” as the reason for his comfortable financial status.

And in Gary, Indiana, on Friday, Sanders said with a bit of testiness to a Daily Mail [3] reporter, “I didn’t know that it was a crime to write a good book. My view has always been that we need a progressive tax system, which demands that the wealthiest people in this country finally start sharing their fair share in taxes. If I make a lot of money, you make a lot of money.”