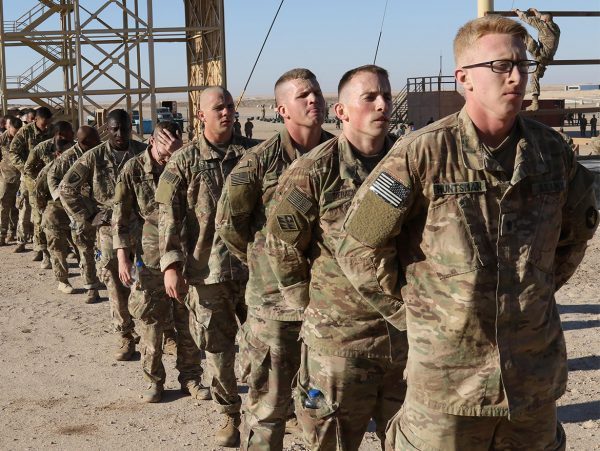 Two U.S. soldiers were confronted and disarmed by Mexican troops in an incident on the U.S.-Mexico border [1] almost two weeks ago.

The story has received a lot of attention — and has seen critics of the soldiers’ actions voice their opinions on social media.

Before anyone begins dissecting what the soldiers did right or wrong, it’s important to understand what actually happened.

On April 13, two active-duty U.S. soldiers were conducting a patrol in a Customs and Border Protection (CBP) [1] vehicle in the vicinity of Clint, Texas.

The area they were in is on the Mexican side of the Rio Grande, but it is still U.S. soil.

The Mexican troops, believing the U.S. troops had crossed into Mexico, confronted the Americans.

The encounter happened on April 13 near Clint, Texas. An official with the U.S.Northern Command explained what happened and how the incident ended. https://t.co/Z8e9p2KqgZ [2]

As Newsweek reported it, one of the Mexican troops removed the sidearm carried by one of the Americans — and placed the weapon in the CBP vehicle.

U.S. Northern Command issued a statement, saying that “after a brief discussion between the soldiers from the two nations, the Mexican military members departed the area. The U.S. soldiers immediately contacted CBP, who responded quickly. Throughout the incident, the U.S. soldiers followed all established procedures and protocols.”

Perhaps the Mexican troops knew where they were; maybe they even were trying to divert the attention of the Americans to aid drug smugglers, as President Donald Trump has suggested.

Mexico’s Soldiers recently pulled guns on our National Guard Soldiers, probably as a diversionary tactic for drug smugglers on the Border. Better not happen again! We are now sending ARMED SOLDIERS to the Border. Mexico is not doing nearly enough in apprehending & returning!

Regardless of those circumstances, which must be handled at a higher diplomatic level, the American troops did exactly what they should have in this situation.

Christopher Castellano is a U.S. Army veteran. He currently serves as a firefighter in New York City. This OpsLens [8] piece is used by permission.