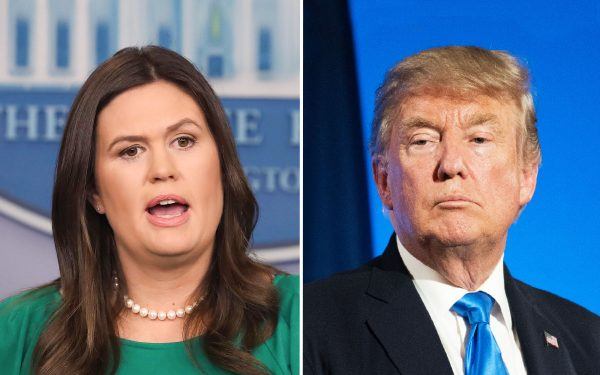 President Donald Trump accused Democrats on Tuesday of desperately searching for a crime in response to a sweeping new congressional investigation.

Trump has been the focus of numerous investigations, though many of those inquiries have started this year as a result of congressional flipping.

House Democrats piled on by announcing on Monday a wide-ranging investigation focused on alleged abuses of power.

“The greatest overreach in the history of our country,” Trump said in a tweet.

“The Dems are obstructing justice and will not get [1] anything done. A big, fat, fishing expedition desperately in search of a crime, when in fact the real crime is what the Dems are doing, and have done!”

Related: House Dems Unveil Yet Another Investigation Against President Trump [2]

House Judiciary Committee Chairman Jerrold Nadler (D-N.Y.) unveiled the new investigation on Monday. He said it will focus on obstruction of justice, public corruption and other alleged abuses of power by the president or his associates.

House Democrats already have been looking into the president’s taxes, past business practices, and possible election interference.

“Chairman Nadler opened up a disgraceful and abusive investigation [3] into tired, false allegations already investigated by the special counsel and committees in both chambers of Congress,” White House press secretary Sarah Sanders said in a statement on Monday.

“Chairman Nadler and his fellow Democrats have embarked on this fishing expedition because they are terrified that their two-year false narrative of ‘Russia collusion’ is crumbling.’”

The greatest overreach in the history of our Country. The Dems are obstructing justice and will not get anything done. A big, fat, fishing expedition desperately in search of a crime, when in fact the real crime is what the Dems are doing, and have done!

Special counsel Robert Mueller and his team have been investigating the president for almost two years — since May 2017.

That team has been looking into possible crimes committed [5] by the president or his associates, with a particular focus on whether or not they colluded with Russian interests during the 2016 presidential election.

“President Trump has evaded accountability [6] for his near-daily attacks on our basic legal, ethical, and constitutional rules and norms,” Nadler said in a statement. “We have seen the damage done to our democratic institutions in the two years that the Congress refused to conduct responsible oversight.”

Nadler also noted his group made the special counsel aware of the investigation in order not to interfere.

Mueller is expected to finish his probe in the coming weeks. Nadler also noted his group had contacted the Southern District Court of New York, which has handled some of the criminal cases passed off by the special counsel.

“Now that they realize the only collusion with Russia was done by Crooked Hillary Clinton & the Democrats, Nadler, Schiff and the Dem heads of the committees have gone stone-cold CRAZY,” Trump said in an earlier tweet on Tuesday.

He added that “81 letters [have been] sent to innocent people to [8] harass them. They won’t get ANYTHING done for our country!”

The investigation is looking at issues such as obstruction of justice, public corruption and federal campaign law violations, as well as potential abuses of power such as attacks on the press, the judiciary and law enforcement agencies.

Nadler also made a sweeping request to 81 officials or associates [6] of the president for records.