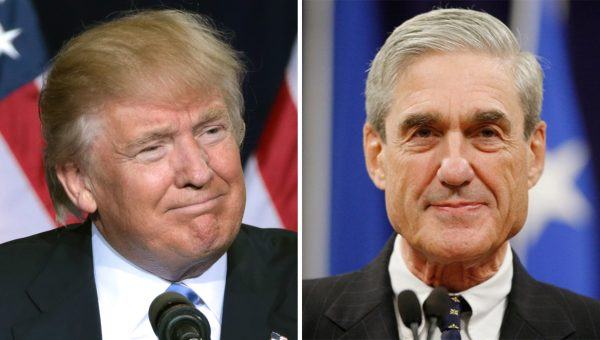 Now that we know the Trump-Russia “collusion” story the media have been obsessed with for two years was all a hoax, exactly how many stories did they put out about it?

Over half a million.

Axios reports that since May 2017, exactly 533,074 web articles have been published about Russia and Trump-Mueller, which in turn have generated “245 million interactions — including likes, comments and shares — on Twitter and Facebook.”

Related: Midler and Other Anti-Trump Celebs Are in Meltdown Mode After the Mueller Report [1]

Think about it. The same liberal mainstream media that constantly mock conservative news as not credible or unreliable have now published over 500,000 stories that have generated nearly 250 million social media interactions — and they still think we should take them seriously?

The mainstream media have proven themselves to be the biggest conspiracy theorists out there.

The social-media spread of Trump/Mueller: 533,074 web articles have been published about Russia and Trump/Mueller, generating 245 million interactions on Twitter and Facebook, according to data from social-media analytics company NewsWhip. https://t.co/z42oZ6H7Qk [3] pic.twitter.com/etVOut6t4B [4]

How about TV time? It gets worse, though, in our view.

“From January 20, 2017 (Inauguration Day) through March 21, 2019 (the last night before special counsel Robert Mueller sent his report to the attorney general), the ABC, CBS and NBC evening newscasts produced a combined 2,284 minutes of ‘collusion’ coverage, most of it (1,909 minutes) following Mueller’s appointment on May 17, 2017,” MRC reports (emphasis theirs).

“That’s an average of roughly three minutes a night, every night, for an astonishing 791 days — a level of coverage normally associated only with a major war or a presidential election,” MRC notes.

“CNN’s Evan Pérez said [10] Mueller was spotted dressing down at the office,” reports The Week [11]. “On Thursday, CNN’s Shimon Prokupecz [12] noted that Mueller didn’t leave for lunch as he usually does.”

“And on Friday, it seemed Mueller didn’t even show up — the biggest special counsel news of the day until the Department of Justice confirmed Mueller had wrapped his report [13] completely,” The Week notes.

[Will they] discover if Mueller ate lunch in his office or maybe what color his underwear is? What is his favorite movie? How does he like his steak cooked?

When will these reporters go away?

This is a new low for the media from which they might never recover.

Conservative news is needed more than ever to inform readers based on fact — and not partisan witch hunts.

And who knows what the next media Trump witch hunt will be.

Stay tuned for the facts and only the FACTS.