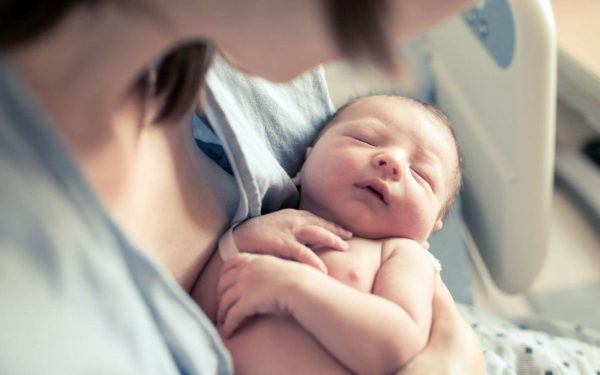 This week, 40 Days for Life starts in 377 cities — and, sadly, it begins in uncharted waters in the United States of America.

These governors and senators are kind, tolerant and well-dressed. They are smooth talkers. And they want you, as an American, to know that they even though they are highly sophisticated, they are tender enough to make sure a newborn baby is “comfortable” before they let that child die on a table after a failed abortion. [1]

Yes, you read that right.

They promise that any newborn child born from a failed abortion will be comfortable before making sure the child doesn’t even make it through its first hour of life.

If you are like me, you are probably asking the same question I have asked myself: What kind of person could stare at a newborn baby on a table crying and not give that baby proper medical treatment?

Many answers have been given — but all the proposed answers miss the severity of the reality of what happens when an abortion fails.

The baby was supposed to be killed and is now alive. He or she is on the table, moving, crying, looking around.

I have seen my seven children come into the world — the last thing any sane person looking at a newborn baby is thinking is, “Let’s NOT give this child what he or she needs.”

But then again, my wife and I usually just have my sweet mother-in-law in the delivery room — and not Virginia’s Gov. Ralph Northam (D).

This is the scene. We are all standing around looking at the baby on the table. What the governors and senators are saying is at that beautiful moment of humanity, they are numb to that baby. They have no problem getting that child “comfortable” and then letting him or her die.

So what kind of a person supports this? The word you’re looking for is monster.

Only a monster would let a baby die on a table. The sickness behind this barbaric and ruthless act cannot be given sophistication or labeled as an acceptable “political viewpoint.” It is cold-hearted murder done to our most innocent [1].

I wouldn’t trust these politicians to watch my dogs (although they would probably never let a puppy die on the table).

Too often, we look down on other cultures that dehumanize a segment of the population — yet look at what we have become in the United States with abortion. We have a large segment of elected officials who would refuse a baby medical care after birth.

Monsters, indeed. Who do we think we are?

Related: Trump Administration to Take Money Away from Abortion Providers [2]

It was Flannery O’Connor who said, “In the absence of faith, we govern by tenderness. And tenderness leads to the gas chamber.”

Those who live amid the injustice are often the numbest to the gravity of it. Yet this wave of infanticide comes at a time when there is more momentum in the pro-life movement than ever before. And I think the monsters are helping wake up many who didn’t realize what is legal in America.

Though angry and frustrated at this situation, our response must be one of courage, love, and fortitude. That is the only way to defeat such evil. Abortion facilities have closed at a record pace the last six years and the abortion industry’s response is to push abortion up to birth and allow any survivor to die on a table.

This is not a time to be discouraged in the face of their desperation; this is a time to act.

So many people think their voices don’t matter or that they can’t make a difference. That is far from the truth. I know because I have seen the impact of simply showing up and praying.

Related: Why New York’s Abortion Law Is Based on Lies [3]

To date, we have saved more than 15,000 lives. And 186 abortion workers have quit their job. One of them is being featured in a major motion picture, “Unplanned,” opening March 29.

Do not throw your hands in the air or curse at your television. Let this barbaric mentality channel you to offer hope, healing, and medical alternatives to women where you live.

That is what is ending abortion at the local level. More than 800,000 people have participated in 40 Days for Life around the world — and now they have more motivation than ever before to pray, fast, and stand vigil for an end to abortion.

Will you join them?

Shawn Carney is the president and CEO of 40 Days for Life [4]. For more information on the organization or to find a campaign in your area, visit 40DaysForLife.com [4].