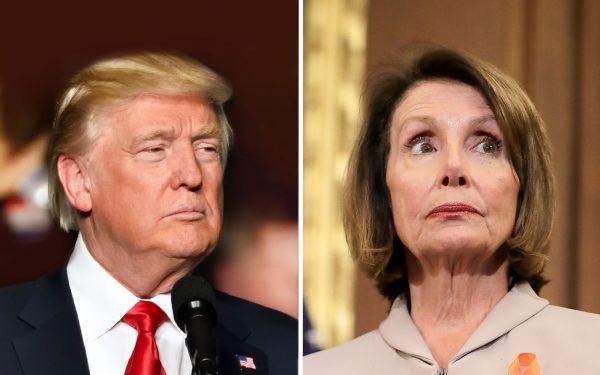 The conclusion, as most people know by now, is that there was no evidence to support any such charge [1].

“On Sunday, the Justice Department confirmed what the American people had known all along: The Donald J. Trump campaign did not collude with Russia to win the 2016 presidential election,” McDaniel wrote.

“President Trump was completely exonerated by special counsel Robert Mueller’s two-year investigation, which found no collusion and no evidence of obstruction of justice.”

Related: Midler and Other Anti-Trump Celebs Are in Meltdown Mode Right Now [2]

“This is great news for our country and bad news for the Democrat leadership who spent the past two years lying to Americans — only because they could not accept the results of the 2016 election,” the message continued.

“Their shameful obsession with the collusion narrative and blind hatred for President Trump meant millions of taxpayer dollars were wasted in search of a nonexistent crime.”

“It all started with a phony, unverified dossier paid for by the Hillary Clinton campaign and the Democratic National Committee (DNC). The ensuing special counsel investigation cost over $25 million, or an average $50,230 per day. With at least 19 attorneys working on Mueller’s staff, it was a drain on resources, time, and manpower. But the White House cooperated from day one because truth was always on the president’s side,” she also noted.

Think about that: over $25 million dollars.

How much of that money could have gone to help the homeless in this country?

Our infrastructure? On and on it goes.

“As our country moves on from the Mueller investigation, some Democrats claim the past two years were not enough and vow to continue their congressional investigations,” McDaniel also wrote. “But Americans will hold them accountable for wasting so much time and taxpayer money.”

“Democrats thought they could turn Americans against President Trump. They thought they could get away with lying. They were wrong on both counts,” she said. “It’s past time for them to respect the will of the American people, unite behind an agenda that benefits our country, and finally do their jobs.”

Rudolph Giuliani, the former mayor of New York City and a Trump attorney, said on Sunday that the conclusions are “an absolute victory” for Trump.

Related: Giuliani’s Reaction to Mueller Report Summary: ‘This Is a Complete and Absolute Victory’ [1]

He also had a message for Democrats who potentially might try to find grounds for impeachment.

“I would just say to them, Please think about the country, no matter how much you like or dislike the president or agree or disagree with his policies or his conduct. He is the president. He has been unfairly treated with regard to collusion,” Giuliani said. “Certainly they have to see that.”

“All of what they’re trying to do now is completely political,” he added.

“I hope some of them — I mean, I put out a tweet saying I hope that [Rep. Adam] Schiff [of California] and a couple of the others apologize for their overstate[ments]. Maybe we can get back to normal. I don’t imagine that’s going to happen.”

Rep. Schiff said there was significant evidence of collusion. Did he forget to give it to Mueller? We know there are no indictments of any Americans for affecting the 2016 election. I’m willing to wait if Rep. Schiff will apologize when that is reported officially to Congress . https://t.co/ZLIRBinzw2 [3]