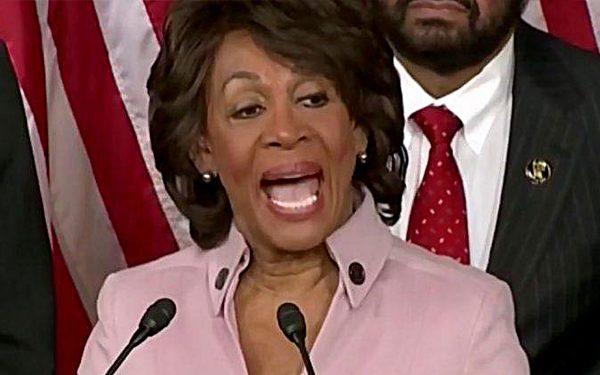 Rep. Maxine Waters (D-Calif.) has not quite reached the acceptance phase yet after Robert Mueller’s special counsel investigation found no evidence of any Russian collusion on the part of President Donald Trump [1] or his associates.

“This is not the end of anything!” Waters declared to MSNBC’s Joy Reid over the weekend about the conclusions reached by the nearly two-year investigation.

“This is the — well, it’s the end of the report and the investigation by Mueller. But those of us who chair these committees have a responsibility to continue with our oversight,” Waters continued.

“There’s so much that, uh, needs to be, you know, taken a look at at this point,” she claimed.

“And so, it’s not the end of everything.”

She also said, “We want full disclosure. The American people deserve to know what our special counsel has discovered in this investigation over 22 months. We don’t want to hear anything about Barr using his discretion to decide what we should see, what we should know and not know. We want the full report. We deserve it, and we are going to keep the pressure on.”

That’s right. Democrats are clamoring for the full report to be released — and they’re also turning their focus to the myriad other investigations already begun to see if they can unearth any tiny shred of evidence to pin against the president.

In his summary of the special counsel’s report, Attorney General William Barr wrote to Congress, “The special counsel’s investigation did not find that the Trump campaign or anyone associated with it conspired or coordinated with Russia in its efforts to influence the 2016 presidential election.”

Barr also noted that both he and Deputy Attorney General Rod Rosenstein found that the Mueller report did not contain evidence “sufficient to establish that the president committed an obstruction-of-justice offense.”

Related: No Evidence of Any Collusion: Attorney General Releases Summary [3]

But you wouldn’t know that from certain Democrats.

Rep. Adam Schiff (D-Calif.), chairman of the House Intelligence committee, said with a straight face on ABC’s “This Week” on Sunday that there is “significant evidence of collusion.”

What report is he reading?

Did anyone actually ever take them seriously in the first place? https://t.co/W9CTeDru52 [4]

Respected journalists fell into the trap…they wanted it to be true: “The case for Trump-Russia collusion: We're getting very, very close” https://t.co/iUuYgN83aA [6]