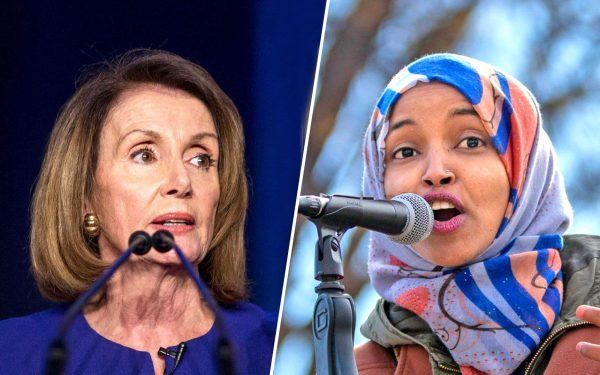 Judge Jeanine Pirro over the weekend asked if the hijab Rep. Ilhan Omar (D-Mich.) wears means she follows Sharia law, which Pirro claimed is “antithetical to the United States Constitution.”

“Omar wears a hijab, which according to the Quran 33:59 tells women to cover so they won’t get molested,” the judge and Fox News host asked on her Saturday show.

Unfortunately, Judge Jeanine might be right on this point.

Sharia law is not compatible with the U.S. Constitution or U.S. law — and Omar clearly has shown her loyalty in the beginning months of her term.

And it isn’t to the Constitution.

Why should we force ourselves to accept a culture which doesn’t accept ours, especially when this culture came to our land and tried to change us without compromise?

It’s not a phobia. People have real reasons to fear Muslim ideology. I agree with the no-head covering, and it amazes me that she was able to get the House to approve of her wearing it.

When this was first approved a few months ago, I thought it was a step toward Sharia law.

Omar (shown above right, next to House Speaker Nancy Pelosi) has the right to her freedom of religion.

She does not have the right to push her religion and other things associated with her religious beliefs on others.

Related: Why Nancy Pelosi Can’t Control the Young Progressive Wing of Her Party [3]

She is entitled to her opinions and thoughts, but she is not entitled to take the personal belief she has about another religion and its people and condemn them.

Don’t you find it ironic how Omar fled here as a refugee — but she continues to try and put the laws of her land into our free country?

People like this should not come here unless they truly want to be free, to become U.S. citizens.

They are supposed to love this country and obviously she does not!

She is supposed to be a U.S. citizen, so she should know better. She was elected to represent the people of her state and NOT her beliefs with her religion.

She does not seem to know the differences between church and state. Her remarks and behavior have been anti-American. One of her first actions in Congress was to write a letter to a federal judge demanding leniency in sentencing four Somali refugees convicted of trying to join ISIS to commit terrorist acts domestically against U.S. citizens.

It doesn’t get any more un-American than that. If she cared at all about the American citizens she was stupidly elected to represent, her focus would be on their well being and not the interests of Palestine and Muslim countries.

Look, folks, the Left and the radical Muslims are winning. They are framing the national debate.

They have pretty much taken over the Democratic Party. This is no fun and games.

What they seek is to revolutionize America: to elevate Islam and to create more open borders that will ensure a socialist one part welfare state. If we don’t stop them, they will win.

This means getting out and voting, donating time and money, standing up to the Left in every conversation — and holding them accountable.

Taking to the streets will be the next step.

Update: Fox News on Sunday issued a statement about Judge Pirro’s remarks. “We strongly condemn Jeanine Pirro’s comments about Rep. Ilhan Omar,” Fox News said in a statement [6]. “They do not reflect those of the network and we have addressed the matter with her directly.”

This piece originally appeared in WayneDupree.com [7] and is used by permission. This piece has been updated.

Read more at WayneDupree.com:
House Dems Vote to Allow Illegal Immigrants to Vote In U.S. Elections [8]
Livid Father Goes Off on School Officials After They Lost His Daughter for Third Time [9]
AOC Calls for Ending U.S-Israel Relationship in Fundraising Letter [10]