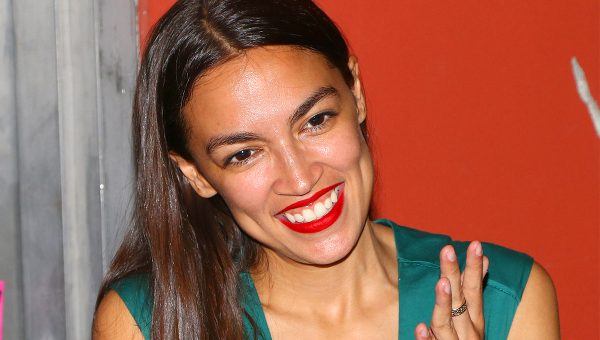 U.S. Rep. Alexandria Ocasio-Cortez (D-N.Y.) slammed political moderates at the South by Southwest Conference & Festivals in Austin, Texas, calling their views “misplaced” as she defended her progressive politics in a room full of supporters.

“Moderate is not a stance. It’s just an attitude toward life of, like, ‘meh,’” the New York Democrat said Saturday during an interview with Briahna Gray, senior politics editor for the Intercept.

“We’ve become so cynical, that we view ‘meh,’ or ‘eh’ — we view cynicism as an intellectually superior attitude, and we view ambition as youthful naivete when … The greatest things we have ever accomplished as a society have been ambitious acts of visions, and the ‘meh’ is just worshipped now, for what?”

Related: Ocasio-Cortez Has a ‘List’ of Moderates She’ll Help Unseat in 2020 if She Can [1]

The self-declared Democratic socialist also criticized the treatment of minorities throughout American history, from Franklin Delano Roosevelt’s New Deal, which she claimed was racist, to Ronald Reagan’s policies, which she said “pitted” white working class people against minorities in order “to screw over all working-class Americans,” particularly African-Americans and Hispanics.

“So you think about this image of welfare queens and what he was really trying to talk about was … this like really resentful vision of essentially black women who were doing nothing, that were ‘sucks’ on our country,” she said.

“And it’s this whole tragedy of the commons type of thinking where it’s, like, because … this one specific group of people, that you are already kind of subconsciously primed to resent, you give them a different reason that’s not explicit racism but still rooted in a racist caricature,” Ocasio-Cortez continued. “It gives people a logical reason, a ‘logical’ reason to say, ‘Oh yeah, no, toss out the whole social safety net.'”

Other topics Ocasio-Cortez discussed included the Green New Deal and capitalism, which she said could not be redeemed because it puts profit “above everything else.”

“The most important thing is the concentration of capital, and it means that we prioritize profit and the accumulation of money above all else, and we seek it at any human and environmental cost … But when we talk about ideas like democratic socialism, it means putting democracy and society first, instead of capital first; it doesn’t mean that the actual concept of capitalistic society should be abolished,” she said.

During a Q&A session with the audience, television host and author Bill Nye the Science Guy stepped up to the microphone.

“I’m a white guy,” Nye said. “I think the problem on both sides is fear. People of my ancestry are afraid to pay for everything as immigrants come into this country. People who work at the diner in Alabama are afraid to ask for what is reasonable. So do you have a plan to work with people in Congress that are afraid? That’s what’s going on with many conservatives especially when it comes to climate change. People are afraid of what happens when we try to make these big changes.”

“One of the keys to dismantling fear is dismantling a zero-sum mentality,” Ocasio-Cortez replied. “It means the rejection outright of the logic that says someone else’s gain necessitates my loss and that my gain must necessitate someone’s loss. We can give without a take. We’re viewing progress as a loss instead of as an investment. When we choose to invest in our system, we are choosing to create wealth. When we all invest in them, then the wealth is for all of us, too.”

The nine-day music and media festival has attracted many political figures this year. Several 2020 presidential candidates made appearances Saturday, including Democratic Sens. Amy Klobuchar, of Minnesota and Elizabeth Warren of Massachusetts. Former Starbucks CEO Howard Schultz, who is also considering a presidential bid, also made the pilgrimage.