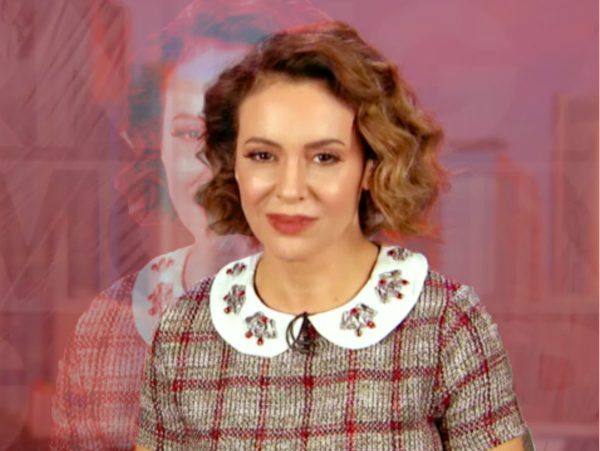 Alyssa Milano shared a letter signed by 50 prominent Hollywood celebrities threatening to boycott filming in the state of Georgia over a new abortion bill that’s poised to become law.

The star called on the film and TV industry to stop giving the state its business due to the new “heartbeat bill” that the Georgia Senate passed earlier this month.

The bill seeks to limit abortions to six weeks after conception unless the pregnancy was conceived through rape or incest.

Milano is sharing the letter she sent to both Georgia Gov. Brian Kemp (R) as well as Georgia House Speaker David Ralston on Thursday morning that threatens the state with the loss of “billions of dollars” if the bill, titled H.B. 481, becomes law.

“As actors, our work often brings us to Georgia. We’ve always found your state to be populated with friendly and caring people,” the letter begins. ”We’ve been glad to bring millions of dollars in revenue to support Georgia’s schools, parks and communities. But we cannot in good conscience continue to recommend our industry remain in Georgia if H.B. 481 becomes law.”

The star elaborates on her and her fellow stars’ specific issue with the bill.

The letter threatens the state with the loss of business if all 50 of the actors and actresses boycott the state.

“This dangerous and deeply-flawed bill mimics many others which have already been deemed unconstitutional. As men who identify as small-government conservatives, we remind you that government is never bigger than when it is inside a woman’s body or in her doctor’s office. This bill would remove the possibility of women receiving reproductive healthcare before most even know they are pregnant and force many women to undergo unregulated, hidden procedures at great risk to their health.”

The letter’s tone then takes a turn, threatening the state with the loss of business if all 50 of the actors and actresses boycott the state, which is considered the “number one filming location in the world,” according to Georgia Film, Music and Digital Entertainment Office’s deputy commissioner.

“We can’t imagine being elected officials who had to say to their constituents, ‘I enacted a law that was so evil, it chased billions of dollars out of our state’s economy.’ It’s not the most effective campaign slogan, but rest assured we’ll make it yours should it come to pass,” the letter reads. “This is the precipice on which you stand.”

To @BrianKempGA [1] & Speaker Ralston:
Attached, is an open letter signed by 50 actors against #HB481 [2]. On behalf of the undersigned–as people often called to work in GA or those of us contractually bound to work in GA–we hope you'll reconsider signing this bill. #HBIsBadForBusiness [3] pic.twitter.com/DsOmAWYU2x [4]

Georgia’s current law allows abortions to be performed up to 20 weeks into the pregnancy. The bill will allow rape and incest victims to have an abortion up to 20 weeks but would require them to file an official police report, 11 Alive [6] reported.

The bill will head back to Georgia House of Representatives to have it approved.

“The State Senate affirmed Georgia’s commitment to life and the rights of the innocent unborn,” Kemp said in a statement last week.

“There are over 20 productions shooting in Georgia,” she tweeted.

“Is the entertainment industry willing to support the economy of a totally corrupt state that suppresses democracy; where the winner isn’t the best choice for the people but the best schemer or crook?”

There are over 20 productions shooting in Georgia.

Is the entertainment industry willing to support the economy of a totally corrupt state that suppresses democracy; where the winner isn’t the best choice for the people but the best schemer or crook?

Fox News’ Katherine Lam contributed to this Fox News [8] report, which is used by permission.