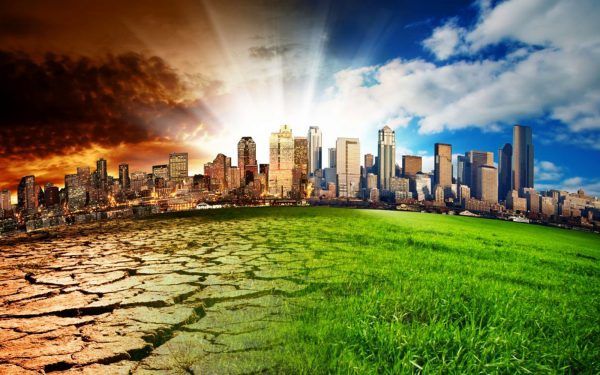 In an era where the Democrats’ brain trust, socialists like Alexandria Ocasio-Cortez [1], are working to remove beef from the menu to combat global warming, there’s an “Inconvenient App” that makes you and me the smartest climate gurus at the dinner table.

Tap your Android or iPhone, and there is a graphic showing that the current warming trend began 300 years ago, well before Henry Ford introduced the Model T or Al Gore invented the internet.

Touch a tab to access a brief analysis, another tab for a video of Wrightstone’s commentary, and a third for a list of references.

So when your Gen-Z relative comes home for a weekend meal and insists the oceans are becoming more acidic because of high levels of carbon dioxide, you’ll be ready.

Simply tap Inconvenient Fact #55 for data that shows no long-term correlation between CO2 and pH levels.

Inconvenient Fact #56 tells you there was no ocean acidification going on, even when CO2 levels were 15 times higher than now. How do we know that? Because significant limestone depositions coincided with high CO2 levels, which could not have occurred along with acidification.

It is amazing how much documented – and coherent — information is packed into this tiny app, making the smartphone an utterly appropriate resource and you a smugly clever person.

If your emotional millennial or Gen-Z relatives aren’t suitably persuaded by data, you can rattle off some of the sources for facts #55 and #56: Oak Ridge National Laboratory, National Oceanic and Atmospheric Administration and others. Oh, what the heck, toss in the title of one of the scientific papers: “Instability of seawater pH in the South China Sea during the mid-late Holocene: Evidence from boron isotopic composition of corals.”

What distinguishes the app – and the book – from so many other references is the geologic context that spans hundreds of millions of years. Much of the data originates with 800,000-year-old ice cores from Antarctica and ocean sediments that are even older. The seasonal and decadal perspectives of the popular media serve well for sensational news reports but are far too brief for meaningful analysis of climate.

Now in its third printing, the book has led Wrightstone, a Pittsburgh-based geologist, to scores of television and radio shows and to presentations at colleges, conferences and community meetings.

Backed by voluminous studies, “Inconvenient Facts” assures readers that modern warming is neither unusual nor catastrophic. Of the last 10,000 years since the last major ice age, 6,100 years were warmer than today (Inconvenient Fact #20). Humans have thrived in previous periods significantly warmer than our modern age, most recently in the 13th century, when Vikings farmed Greenland and citrus grew in England.

Conversely, people have suffered during cold periods such as the Little Ice Age (1290-1850), which was marked by famine and disease.

While the Earth has experienced a steady decline in carbon dioxide levels for more than 500 million years, the book says, recent increases of the wrongly maligned gas is tied to a greening of up to 50 percent of the Earth — a positive, fertilizing effect of higher CO2 levels on plants (Inconvenient Fact #37).

One apocalyptic myth after another — from purported threats of rising sea levels to vanishing polar bears — is destroyed by Wrightstone’s collection of research. Rather than a world lurching into a man-made climate hell from which there is no return, the Earth’s ecosystems and humankind are thriving.

Written for the non-scientist, the book and the app effectively debunk proposals for economically destructive programs to control the uncontrollable — a perpetual cycle of glacial ice and “blessed warmth” driven by eternal terrestrial and solar forces.

“The first and most important conclusion is that the correct policy to address the non-problem of man-made global warming is to have the courage to do nothing,” Wrightstone says.

This message is sure to interrupt the agenda of Marxists who are attempting to use fear of the fantasy of man-made global warming to advance their dark designs.

The message will also have the benefit of promoting inevitable bouts of indigestion in the less informed among us at the dinner table.