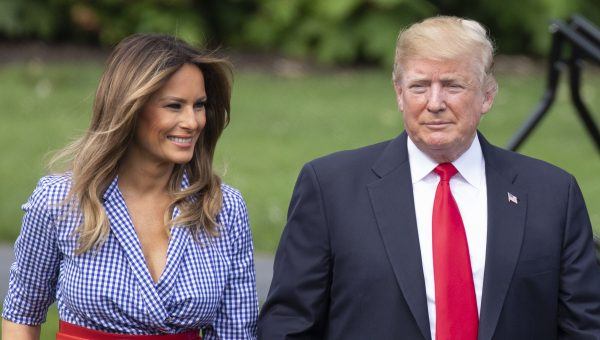 Back in December 2018, we ran an opinion piece about a young boy named Joshua Trump, who was bullied in school because of his last name [1].

Joshua Trump lives with his family in Delaware.

They brought this story to light after five bullies picked on the child because of his last name.

Oh, course, the first thing our human brains would ask would be, “Is he related to President Donald Trump?”

The answer is no.

First lady Melania Trump [2] is no doubt behind this beautiful gesture by the White House.

The young boy felt he had to change his last name because of the harassment — which nobody should have to face.

President Trump has invited a sixth grader to Tuesday’s State of the Union address who was bullied because of his last name [3] — which happens to be Trump.

Joshua Trump of Wilmington, Delaware, who made headlines last year because of the abuse he suffered in school, will sit with the first lady during the speech, the White House said Monday.

The young Trump — who is no relation — is described as a student who appreciates science, art and history and who wants to have a career related to animals.

“He is thankful to the first lady and the Trump family for their support,” a press release said. (source: New York Post) [4]