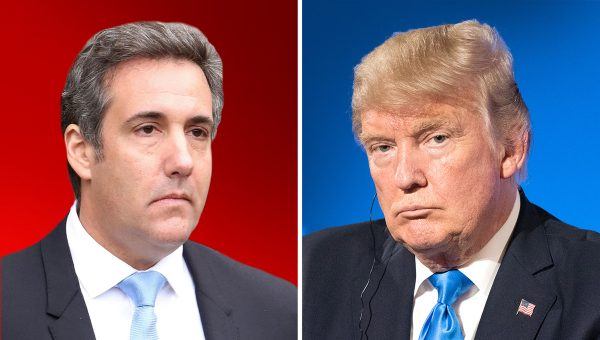 Former attorney Michael Cohen — due to report to prison in early May — had his truthfulness severely questioned on Wednesday as he testified against President Donald Trump, whom he once represented.

The House Oversight and Reform Committee called on Cohen to testify as part of its investigations into the president.

Cohen had previously worked as a personal lawyer for Trump for nearly a decade. He has been cooperating with federal investigators [1] and admitted to many crimes since turning himself into authorities in August 2018.

Cohen claimed that he committed many crimes to protect the president. In his opening statement, he accused the president of a list of unethical behaviors, such as using the presidency to enrich himself.

Republicans on the committee questioned why they should believe an admitted liar, as Cohen has already pleaded guilty to lying to Congress.

“The chairman just gave you [the chance to make] a 30-minute opening statement and you have a history of lying over and over again,” said Rep. Jim Jordan (R-Ohio). “A pattern of deception for greed and ambition — and you just got 30 minutes of an opening statement, where you just trashed the president of the United States of America. Mr. Cohen, how long have you worked for Donald Trump?”

“About a decade,” Cohen replied. But when asked how long he worked in the White House, he said he hadn’t. Jordan then accused him of going after the president because he didn’t get a job he wanted in the administration.

Soon after that, Rep. Paul Gosar (R-Ariz.) asked Cohen about a deal he has with the Southern District Court of New York, in which the former attorney could get a reduced sentence for cooperating if he provides substantial information to an investigation. Gosar accused him of appearing at the hearing in the hopes of getting a reduced sentence. Cohen denied that.

“I’m not really sure how my appearance today is providing substantial information that the Southern District can use for the creation of a case,” Cohen answered — adding quickly, “Now if there is something this group can do to help me, I would gladly welcome it.”

Gosar also accused him of self-interest instead of merely protecting the president. Cohen insisted whatever actions he took were for the president. He did admit, however, to other crimes, such as lying on his taxes, which was not for Trump.

“Several times in your testimony, you state the bad things that you did for Mr. Trump,” said Rep. Jim Cooper (D-Tenn.). “There is a recurring refrain in your testimony that says, ‘And yet I continued to work for him.’ But at some point, you changed. What was the breaking point?”

Cohen said there were several factors. He mentioned the meeting Trump had with Russian President Vladimir Putin in Helsinki, in which he — Trump — appeared to downplay accusations Russia interfered in the 2016 election. He also pointed to the Charlottesville, Virginia, protest in which Trump initially would not condemn the white supremacist who participated.

“There was so much I thought he could do [that] was great,” Cohen said. “And he can and is doing things that are great. But this destruction of our civility to one another is out of control. But when he goes on Twitter and starts bringing up my in-laws, my parents, my wife — what does he think is going to happen? He’s sending out the same message that he can do whatever he wants.”

The former lawyer accused the president of wanting something bad to happen to the Cohen family so that he would not testify. Cooper then asked Cohen whether he saw the president ever threaten anyone. Cohen said no, but that the president would make his disapproval known — and expect others to take care of things.

Jordan later asked Cohen about a since-disputed article. BuzzFeed had reported that the president personally directed Cohen to lie to lawmakers [5] about a proposed business project on January 17. But the story quickly lost traction after the special counsel team offered a rare rebuke.

“In your sentencing statement to the court in December of last year, you said, ‘I want to apologize to the American people who deserve to know the truth,'” Jordan said. “Approximately a month later, Buzzfeed News ran a story that was the ‘story in the country’ for a couple of days. The BuzzFeed story ran [on] Jan. 17, 2019. On January 18th, your counsel went on TV and wouldn’t confirm or deny the story. The next day, the special counsel’s office did something that has never happened.”

Cohen said he didn’t think it was necessary to instruct his lawyers to fact-check every story about the president. Jordan pushed back on that — but Cohen insisted it wasn’t a matter for fact-checking.

Cohen claimed he was in the room when Trump took a call from political consultant Roger Stone to tell him about the release of the emails.

Rep. Gerald E. Connolly (D-Va.) defended the committee’s calling on Cohen despite his untruthful past. He noted that courts and even Congress over the years have relied on shady figures who have turned during investigations. And he accused Republicans of doing everything they could to keep the focus away from the president.

“I think you can recognize the behavior you are being subjected to on the other side of the aisle: Discredit, slander and use any trick in the book to prevent your testimony from sticking,” Connolly said in part. “The idea that a witness would come to us who is flawed — and you certainly are flawed — means that they can never tell the truth and there is no validity whatsoever to a single word they say could discredit every single criminal trial of organized crime in the history of the United States.”

Rep. Thomas Massie (R-Ky.) challenged Cohen on his claims the president knew about a pending drop of hacked emails from the Democratic National Committee during the 2016 election. WikiLeaks released documents showing emails from several high-ranking officials in July 2016. Cohen claimed he was in the room when Trump took a call from political consultant Roger Stone to tell Trump about the release of the emails days earlier.

“You said, and this is also in your testimony, [in] the days before the Democratic National Convention that you became privy to a conversation that some of Hillary Clinton’s emails would be leaked,” Massie asked. “Is that correct?”

Cohen confirmed he said that. Massie asked whether he was sure it was in July. Cohen confirmed that it was. And that was when Massie said the information was public knowledge in June — and held up a Guardian article from that time.

Massie was also among the Republicans who asked about lawyer Lanny Davis.

Davis is a long-time political consultant and lawyer and an ally of Hillary Clinton. Jordan accused Davis earlier in the day of spending two months trying to set up the hearing by convincing Cohen to testify and House Oversight and Reform Committee Chairman Elijah Cummings (D-Md.) to hold the hearing in the first place.

Davis was in the hearing room on Wednesday, sitting behind Cohen.

Cohen was sentenced to three years in prison; he starts his sentence on May 6.