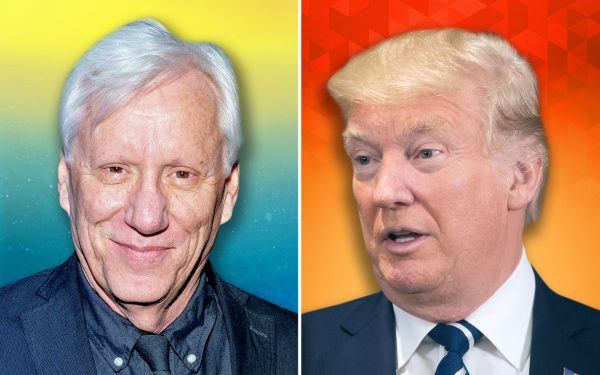 Two-time Academy Award-winning actor James Woods is behind President Donald Trump’s fight for a border wall between the United States and Mexico. The “Videodrome” and “Shark” star even took to Twitter this week to call the fight “the most important battle [Trump] will ever wage.”

Woods’ comments were in response to a story about Hoda Muthana, a woman who left America to join ISIS and is now asking to return to the United States [1] despite her past affiliation with the Middle East terrorist group.

Muthana’s lawyer has said she is “willing to pay her debts,” but President Trump and Secretary of State Mike Pompeo have vowed to keep Muthana out of the United States.

“I would tell them please forgive me for being so ignorant, and I was really young and ignorant and I was 19 when I decided to leave,” Muthana said about her association with ISIS, according to a report from The Guardian [2].

Muthana wants to return to the United States with her 18-month-old son [3].

Despite her words, Muthana is known to have operated a social media account in 2015 that encouraged violence against American citizens on holidays.

“Americans, wake up! Men and women altogether. You have much to do while you live under our greatest enemy, enough of your sleeping!” she reportedly wrote. “Go on drivebys, and spill all of their blood, or rent a big truck and drive all over them. Veterans, Patriots, Memorial, etc day … Kill them.”

Woods responded to the story by supporting the president’s decision to keep Muthana out of the country.

“The only lesson learned here YET AGAIN is how precious it is to be an American citizen. It is why Trump’s battle to protect the sanctity of our borders and elections is the most important battle he will ever wage,” wrote Woods.

The only lesson learned here YET AGAIN is how precious it is to be an American citizen. It is why Trump’s battle to protect the sanctity of our borders and elections is the most important battle he will ever wage. ⁦@realDonaldTrump [4]⁩ https://t.co/gzyhyPao2H [5]

Woods has said on multiple occasions that his acting opportunities have depleted since he’s become more outspoken about his right-leaning views [7].

He sports two million followers on Twitter, but he mostly performs voice work these days.

His last live-action role was a two episode stint playing an exaggerated version of himself on Showtime’s “Dice.”

Before that, he starred in the low-budget “Jamesy Boy” in 2014 and the popular Showtime series “Ray Donovan” in 2013.

For more, check out this video: