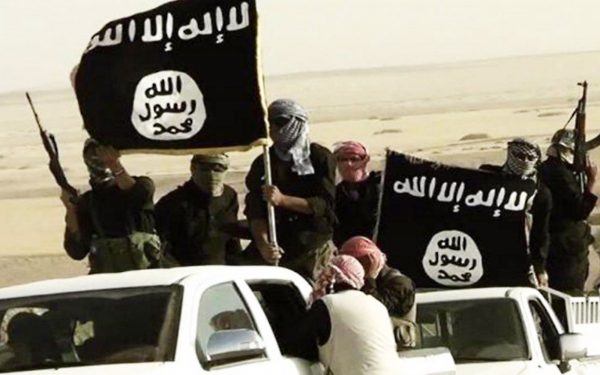 An Alabama woman who joined ISIS four years ago has had second thoughts about that radical decision.

And the woman, Hoda Muthana, would like to return to the United States.

“Everyone involved in that kind of behavior has to be made accountable,” said Piers Morgan on Fox News’ “The Ingraham Angle” on Tuesday night.

Morgan, the British journalist and an editor at large at The U.K.’s Daily Mail [1], was responding to the words of another ISIS bride — a woman who glibly indicated she “knew about” and was “OK with” ISIS beheadings.

“Media outlets have simultaneously painted a sympathetic picture of these terrorist brides now yearning for their homelands,” said Fox News host Laura Ingraham. “Do they honestly want us to feel bad for these women?”

Morgan explained that on Tuesday night, the British Home Office [2] revoked the citizenship of an ISIS bride.

“The U.S. should revoke their citizenship as well,” said Ingraham.

“She was very severely radicalized, which is why she was out there, why she stayed out there, [and] why she had these three ISIS terrorist husbands,” said Morgan of the Alabama woman, Hoda Muthana. “And I think she remains a very clear and present danger to Americans and to American lives.”

“To say that I regret my past words, any pain that I caused my family, and any concerns I would cause my country would be hard for me to really express properly,” said Muthana in a handwritten letter released by her lawyer, as reported by ABC News via the Associated Press.

Muthana reportedly was radicalized online. She’s currently the only American woman among 1,500 women and children at al-Hawl, a refugee camp in northern Syria. She fled there after leaving the terrorist group, The Guardian reported.

“I would tell them please forgive me for being so ignorant, and I was really young and ignorant, and I was 19 when I decided to leave,” said Muthana, who has not been in contact with U.S. officials since her capture by Kurdish forces, according to The Guardian.

“I believe that America gives second chances. I want to return and I’ll never come back to the Middle East. America can take my passport and I wouldn’t mind,” said Muthana. She’s now the mother of an 18-month-old son.

She married three different jihadi fighters while in the Middle East. Her first two husbands, one an Australian jihadist and the other a Tunisian fighter, were killed. The third marriage to a Syrian fighter was reportedly “brief.”

Related: Omar of Minnesota Once Asked Judge for Leniency Toward Men Accused of Trying to Join ISIS [3]

Muthana’s attorney characterized her as “brainwashed online” before leaving the United States and was one of the terrorist organization’s most prominent social media agitators. She used social media platforms to “spread hatred against non-Muslims and call for terror attacks in the U.S.,” as The Daily Mail noted.

Her Twitter feed was “full of bloodcurdling incitement,” according to The Guardian. It even included a tweet calling on like-minded compatriots still in America to become jihadists.

“Go on drivebys, and spill all of their blood, or rent a big truck and drive all over them. Veterans, Patriots, Memorial, etc Day … Kill them,” said one of her tweets from 2015.

As a citizen of Alabama, I’d like to say thanks but no thanks

I’m sure there is an opening at Gitmo

Cut off her US Citizenship, Section 349 of the INA
-obtaining naturalization in a foreign state after the age of 18
-entering or serving in the armed forces of a foreign state engaged in hostilities against the United States
-conviction 4 an act of treason against the Government.

But Muthana now claims she has “deep regrets” about joining ISIS and wants to return to the U.S. She’s just one of many ISIS brides who have had second thoughts about their evil actions and hoping the home countries they once betrayed will grant them forgiveness and welcome them back with open arms.

The Federalist’s Sumantra Maitra [7] highlighted a number of examples in which the Western media have sympathetically portrayed the ISIS brides.

Cases included women jihadis — some of whom had children or were pregnant — originally hailing from the United Kingdom, Canada, Germany, and elsewhere.

“Anyone voluntarily joining a group that committed such ultra-violence in the name of religion breaks her bonds with civilized society and humanity itself. They cannot just waltz back, nor should they be allowed to,” Maitra concluded.

On Wednesday, Secretary of State Mike Pompeo said Muthana is not a U.S. citizen and will not be admitted into the United States.

“She does not have any legal basis, no valid U.S. passport, no right to a passport, nor any visa to travel to the United States,” Pompeo said in a statement. “We continue to advise all U.S. citizens not to travel to Syria,” as Fox News and other outlets [8] reported on Wednesday.