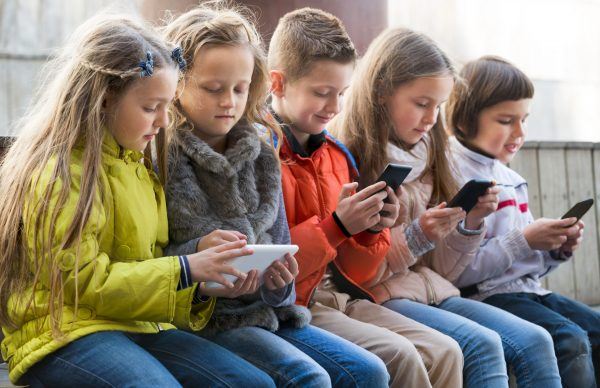 Peer pressure. That’s what many parents of teens fear when their child hits adolescence.

Parents worry, “How can I keep my kids from drinking, getting involved in drugs or even ending up in jail?”

There is a way to keep your kids on track — you CAN help them stay away from all the bad stuff.

When it comes to keeping your kids away from drinking, specifically, a new report from the University of Albany say so — and so do I.

Here’s what you need to know.

The authors show that when parents mediate their children’s screen views, kids listen. When you as a mom or dad discuss what they see on their screens with regard to drinking, you can actually influence whether or not they drink.

As simple as this sounds, most parents doubt that they really can persuade their kids to avoid drinking, but those doubts are 100 percent false.

Related: Boys and Violence in America: What We’re Missing [1]

Down deep, many parents believe that the media determine their child’s behaviors, thoughts and feelings. This is absolutely not true. Sure, media messages influence our kids, but not nearly as powerfully as we can.

So roll up your sleeves. Here’s what you can do to keep your kids from letting media messages — like drinking — from taking your precious son or daughter down a dark path.

First, take charge over the amount of recreational screen time your kids have. Yes, they will see things you don’t like, but at least limit it as much as you can.

Set a limit, such as 30 minutes per day, on a very specific type of screen use. Will your child scream and throw a temper tantrum? Probably, but he’ll stop eventually.

Second, teach them critical thinking skills. Look at their screens with them and ask what they think about what they see. Do they like seeing someone getting drunk, smoking pot, having sex?

Then listen. Direct their answers by asking more questions like, “Why do you think that/feel that?” Don’t just tell them what to think. Teach them what to think, how to evaluate behaviors they see, and then ask why they believe what they do.

Related: Parents Have Far More Sway Over Social Media Than They Realize [2]

You may find yourself at a dead end when a child says, “I don’t know” but that’s OK. You are teaching your kids to think. If you need help, I recorded a podcast (Parenting Great Kids) with Anthony Weber and he discussed this.

Third, tell them what marketers are up to. One of the easiest ways to get kids to avoid falling for manipulation by marketers is to them why they are being sold alcohol, sex, and other things.

Advertisers don’t care one wit about your kids — so directly teach your kids why they are seeing alcohol or sex on their screens. Identify the enemy and your kids will get it. They don’t like the idea of being manipulated, either.

And don’t be hypocritical. If you don’t want your kids to do bad stuff, then you can’t. If you laugh at drunk people on screens or routinely drink too much yourself, save your breath.

Kids are smart. They don’t want to be sold a bill of goods; and if they see you acting like a teenager, they’ll act like teenagers.

That’s the tough part about parenting.

The real issue is: Will you invest enough time and energy to do what works?

Words matter far less than actions. So, if you want your kids to avoid peer pressure or media messages like drinking then you have to go first.

The researchers from University of Albany are right on track. They correctly advise parents to dive in a fight for their kids.

The issue isn’t whether or not they’re right — we know they are. Science proves it. The real issue is: Will you invest enough time and energy to do what works?

We’re living in a culture that doesn’t like your kids or mine. Social media is sucking the life out of them, violence on screens desensitizes them, and they are sold everything from sex to alcohol to weed.

Those are bad, but the real tragedy comes when smart, good parents fail to intervene because they think they really can’t win the battle. Never believe that lie.

That’s being duped by peer pressure.

Dr. Meg Meeker has practiced pediatrics and adolescent medicine for more than 30 years. She is the author of the book “Hero: Being the Strong Father Your Children Need” [3] (Regnery Publishing), along with a number of digital parenting resources [4] and online courses, including The 12 Principles of Raising Great Kids.