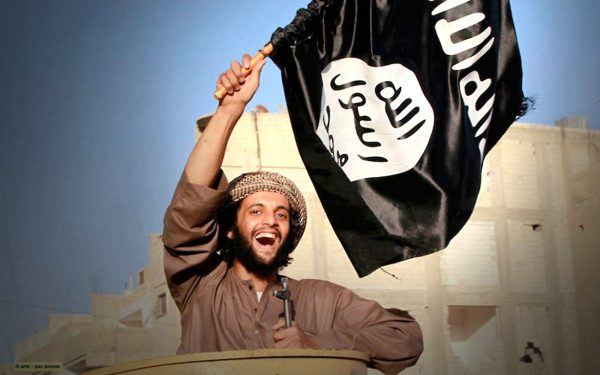 It appears Hoda Muthana, an ISIS bride, wants to return to the U.S. [1] so that she can claim support for herself and her child at taxpayer expense.

She is very unlikely to receive any monetary support in the Kurdish camp where she is right now.

And she’s been captured by them as an ISIS member.

Related: ISIS Bride Begs to Return to the U.S. [1]

I have instructed Secretary of State Mike Pompeo, and he fully agrees, not to allow Hoda Muthana back into the Country!

Most of the mainstream media are conveniently leaving out that this woman’s father was a diplomat.

Her father was never a U.S. citizen or permanent resident. That’s an important fact.

Even if she did have citizenship, a person can legally lose it by: treason; or joining an enemy force fighting the U.S. after the age of 18 — both of which she did.

She should ask her family to help. As ambassadors, they are probably wealthy — and at the least, they may have political connections to help her.

Muthana says she was young and ignorant.

Well, ignorance is bliss — but it doesn’t stand up in court.

Anyone who went overseas to fight for that abhorrent caliphate should be made stay there and think themselves lucky they haven’t gotten a bullet to the back of the head — which is a much more humane fate than their chosen society gave so many others.

“ISIS bride” Hoda Muthana, who has been asking to return to the United States, is not an American citizen, Secretary of State Mike Pompeo [7] said in a statement on Wednesday, contrary to her family lawyer’s assertion.

Muthana is being held by U.S.-allied Syrian Democratic Forces (SDF) in eastern Syria as they regain the final territory from ISIS.

In her first television interview, the 24-year-old Alabama woman who spent four years as an “ISIS bride” told ABC News she felt shame hearing the tweets she posted when she was part of ISIS and wants to return to the U.S. with her 18-month-old son, who was born under the terror group.

While children born in America are granted citizenship under the 14th Amendment, children of foreign diplomats are not because they are not under the “jurisdiction of” the U.S., according to the U.S. Citizenship and Immigration Services. Still, children of diplomats can apply for residency and then eventually citizenship, per USCIS. (source: ABC News) [8]

She had many choices at age 19.

She made a life choice.

Can’t put toothpaste back in the tube.

Nobody forced her to be a traitor and a terrorist.

She needs to be treated accordingly.

The choices we make throughout our lifetimes have consequences, both good and bad. Now she’s forced to live with the consequences of her actions.

Read more at WayneDupree.com:
Father of Kamala Harris Disassociates Himself from Her Marijuana Conversation Travesty [10]
Ocasio Cortex Defends Her Amazon Position After Flurry of Backlash [11]
Kaepernick Wants $20 Million Contract to Return to the NFL [12]