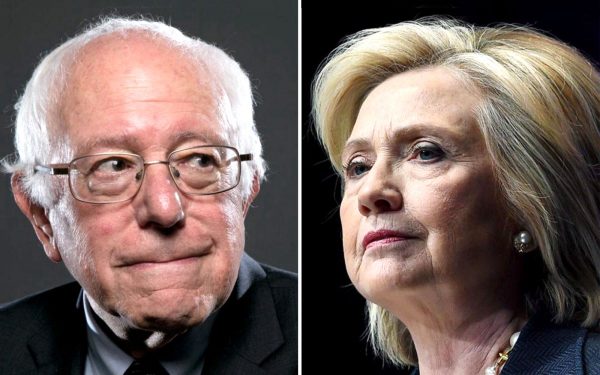 Former aides on Hillary Clinton’s 2016 presidential campaign are taking aim at Sen. Bernie Sanders (I-Vt.) for what they feel are his hypocritical stances as a candidate in 2020.

Among those hypocrisies are the lavish private jet usage Sanders is apparently known for — and the subsequent fossil fuel waste that associates with such a mode of travel.

Candidate Bernie will tell you one thing. “I’m running for president because we need to make policy decisions based on science, not politics,” Sanders wrote in an email to supporters in announcing his 2020 run.

“We need a president who understands that climate change is real, is an existential threat to our country and the entire planet, and that we can generate massive job creation by transforming our energy system away from fossil fuels to energy efficiency and sustainable energy.”

Campaign Bernie is a very different beast, however, according to Clinton aides.

Multiple sources told Politico [2] that while he served as a surrogate for Clinton’s campaign, he did so at the insistence of using “a carbon-spewing private jet for himself and his traveling staff .”

.@SenSanders [3] claims to hate the fossil fuel industry, but also likes to fly in a private airplane: https://t.co/TsvZApvviD [4]

Hypocrite. Politico writes that Bernie’s “travel practices” often are “at odds with his positions on wealth inequality and climate change.”

And boy, did some of Clinton’s former aides tear into him for it.

Count Zac Petkanas, rapid response director for the Clinton campaign, among them.

“I’m not shocked that while thousands of volunteers braved the heat and cold to knock on doors until their fingers bled in a desperate effort to stop Donald Trump, his Royal Majesty King Bernie Sanders would only deign to leave his plush D.C. office or his brand new second home on the lake if he was flown around on a cushy private jet like a billionaire master of the universe,” Petkanas railed.

SCOOP from me: @SenSanders [3] repeatedly requested and received the use of a carbon-spewing private jet for himself and his traveling staff when he was a surrogate campaigner for Hillary Clinton in 2016 — flights that cost the campaign at least $100K: https://t.co/GJWiLxazEO [6]

According to the report, Sanders flew private on three separate multi-day trips over the final two months of the campaign, at a cost of over $100,000 to the Clinton-Kaine team.

“We would try to fight it as much as possible because of cost and availability of planes, but they would request [a jet] every time,” another staffer complained.

Bernie’s use of private jets was so widespread that it became “a running joke in the office” of the Clinton campaign.

Hasn’t learned. In case one was under the impression that Sanders has since changed his ways — that he won’t criticize private jets or assail the wealthy while using them himself — think again.

A report from the Federal Election Commission shows that Bernie spent nearly $300,000 on private jet use to stump for Democrat candidates during the 2018 midterms.

The entirety of that amount was spent over one month. One month.

Self-avowed socialist Sen. Bernie Sanders’ 2018 reelection campaign spent almost $300,000 on a private jet service so that Sanders could campaign for Democratic candidates across the country. https://t.co/dzaoyhIc0X [8]

“Climate change is a planetary crisis. Our task is clear. We must take on the fossil fuel industry that’s largely responsible for global emissions and accelerate our transition toward energy efficiency and sustainable energy sources,” Sanders wrote on social media the same day his campaign paid $297,685 to Apollo Jets.

Bernie might look with disdain at one’s SUV use — but he’s chewing up more fossil fuels in a short time span than most families will use in an entire year.