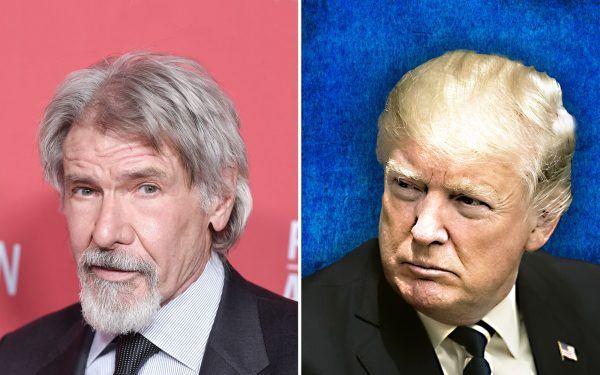 Without mentioning him by name, actor Harrison Ford recently lambasted President Donald Trump and his administration for views on climate change.

The actor, known for playing Han Solo in “Star Wars” franchise and the lead role in the “Indiana Jones” movies, attended the World Government Summit in Dubai over the past few days.

During its closing day on Monday, Ford took the opportunity to make a political statement about climate change.

Although he did not say the name “Trump,” he made the target of his words very clear.

“Around the world, elements of leadership — including in my own country — to preserve their state and the status quo, deny or denigrate science,” Ford said, as the Associated Press [1] and other outlets are reporting. “They are on the wrong side of history.”

During his speech, Ford called on politicians across the world to use “sound science” when shaping their environmental policies.

“We are faced [with], what I believe, is the greatest moral crisis of our time,” Ford said. “That those least responsible for nature’s destruction will suffer the greatest consequences.”

This came a day after President Trump joked about Sen. Amy Klobuchar (D-Minn.) talking about climate change as she announced her presidential run Sunday. Klobuchar gave her speech on a day where the high temperature in Minneapolis was 18 degrees Fahrenheit — and it snowed.

“Well, it happened again,” Trump tweeted out. “Amy Klobuchar announced that she is running for president, talking proudly of fighting global warming while standing in a virtual blizzard of snow, ice and freezing temperatures. Bad timing. By the end of her speech she looked like a snowman(woman)!”

Well, it happened again. Amy Klobuchar announced that she is running for President, talking proudly of fighting global warming while standing in a virtual blizzard of snow, ice and freezing temperatures. Bad timing. By the end of her speech she looked like a Snowman(woman)!

Ford’s address on Monday is not the only time he’s gone after the Trump administration over climate change or other issues.

In a vague speech last September, the actor said, “But now with the global rise of nationalism and isolationism, all that is under threat. The tested science on which our work is based is being challenged, being denigrated by those who want to protect the status quo and obviate the changes that everyone knows have to be made to sustain human life,” as Variety reported [4].

And when honored by Conservation International in 2017, Ford also took a veiled shot at the president.

“We face an unprecedented moment in this country,” he said, as The Hollywood Reporter [5] and other outlets reported at the time. “Today’s greatest threat is not climate change, not pollution, not flood or fire. It’s that we’ve got people in charge of important s*** who don’t believe in science.”