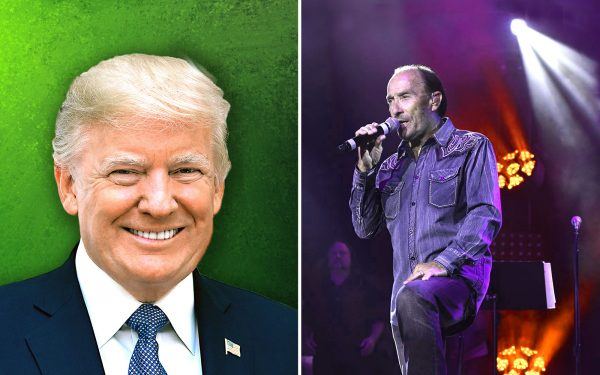 President Donald Trump’s 2017 inauguration was far more controversial than it should have been.

An inauguration is a moment for the country to take a collective breath, leave the past behind — and look to a brighter future. But for Trump’s inauguration, his most extreme critics were unwilling to do this.

Many artists even refused to perform at the event — before they were asked.

Others started boycotts against those who did say “yes” to performing [1].

Director Spike Lee even dropped a musician from a soundtrack he was working on simply because the musician agreed to perform. [2]

One of the artists who did not hesitate to agree to perform was the award-winning “God Bless the U.S.A” country legend Lee Greenwood [3].

LifeZette sat down with Greenwood, 76, recently near Nashville, Tennessee, where he lives with his wife Kimberly, to discuss a variety of topics. One was his performance at Trump’s inauguration.

“I would probably hesitate to guess about the number of people that watched that event [on television]. A billion?” said Greenwood, noting the event was not just national, of course, but international.

Related: Exclusive: Lee Greenwood on Why He’s as Patriotic as Ever in 2019 [4]

“Not intimidating,” he continued, “but you certainly think about that, how important the event is. It was the second time I sang at the Lincoln Memorial for a president. The first time was for George [H.W.] Bush, 41, at the exact same location.”

Greenwood noted the security was “a little more” intense at Trump’s inauguration — but he was proud to be part of this memorable event.

Greenwood said he received some backlash as a result of his decision, but nothing that made him regret his performance. “Because I elected to sing for the president upon being asked, I got some hate mail, but not that much,” he said.

The country star has sung not just for American presidents before — but for collections of Americans presidents, with several of them in attendance at the same time. He smiled with excitement as he related the stories.

“That’s not intimidating because I know them all,” he said of singing for American presidents, “but it was like, ‘This is kind of cool.’”

He added, “So talking about an event that’s even bigger in scope, the [inauguration] of a president, yeah — it’s not that it was President Trump, it was that a president asked me to sing and I did.”

Check out part of LifeZette’s exclusive interview with the music legend below: