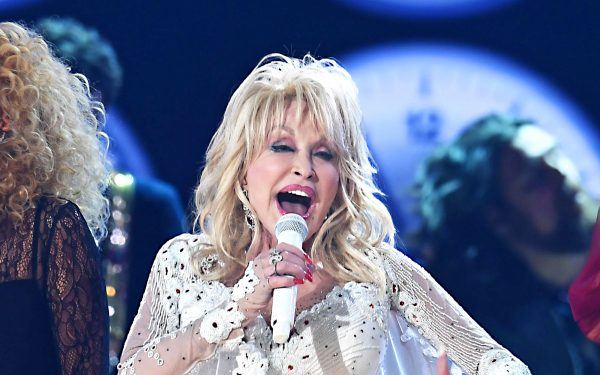 “I think there’s always gonna be a long way to go. It’s just a work in progress, as life itself is, especially for women in the workplace. So I think that’s why we’re here now, with the #MeToo movement,” she told Sky News [1] in a recent interview.

While discussing her hit film “9 to 5” and what its storyline said about the treatment of women at work, Parton said, “It kind of brought up the subject again of harassment in the workplace and brought up the fact that women are still not getting the chance to do as much as they can or paid, you know, equal for the work that they do. So there’s still all those issues. I really think when that came out in the ’80s, it really did do a lot of good. It really did shine the light on that.”

The hit Broadway musical based on the film “9 to 5” is now hitting London’s West End.

Parton, 73, also revealed that she was never victimized the way other women have been.

Related: Dolly Parton at the Grammys: ‘After All These Years I’m Still at It’ [2]

“I have six brothers, my dad, my uncles — I was always close to all the men in my family. I’ve known a lot of great men. So I didn’t think about it that much. Of course, I’ve been hit on all my life, as any young girl would be — but a lot of that, I always took as a compliment. I never did anything to try and get ahead in the business. I never slept with anybody unless I wanted to.”

She also told the same outlet that she’s known “more good men in my life than bad ones” — and that there are “a lot of bad women in this world, too.”