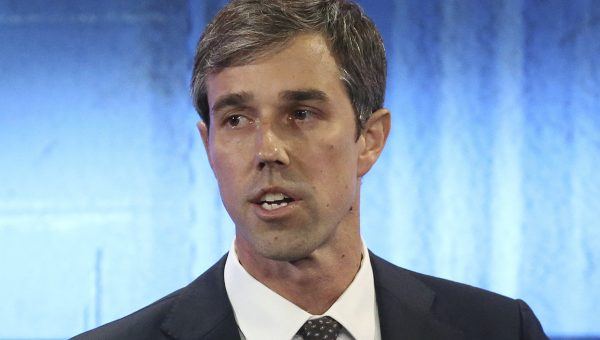 O’Rourke lost the Texas Senate election race in 2018 to Sen. Ted Cruz (R) — and has been showing aspirations for running for the White House in 2020.

Losing the House was largely based on repeated lies from Dems and Republicans who chose not to fight, hoping Dems would take the seats to manifest their agenda against President Trump.

O’Rourke will no doubt be spouting these talking points outside of the Trump rally and making a huge noise.

How big will the response be?

If American politics has turned into a three-ring circus, this city in west Texas will hoist the Big Top on Monday, with President Donald Trump coming to rally for a border wall, Democratic wunderkind Beto O’Rourke leading a protest march, and even the Trump Baby blimp putting in an appearance.

The Trump rally at the El Paso County Coliseum will come only four days before the possibility of either another government shutdown or a declaration of national emergency over what the president deems a national security crisis at the U.S.-Mexico border.

It also follows Trump’s State of the Union comments in which he tried to use El Paso as an example of why the United States needs to construct a wall along the border.

Perched on the U.S.-Mexico border, the city has become the focal point for the contentious issue of immigration and the president’s relentless push for a barrier.

O’Rourke, fresh off an interview with Oprah Winfrey, said he sees Trump’s campaign rally as an opportunity for the city to take control of the narrative. (source: usatoday.com [2])

Democrats, including O’Rourke, campaign on the fear that Republicans would take away their health care, take away protection for pre-existing conditions (which Trump campaigned against in every rally), take away their Social Security, and build a 2,000 mile-long wall, for which Trump has never advocated.

People on the Left “heard” these things over and over — and vote for Dems.

O’Rourke is seemingly being backed by Oprah Winfrey and has a solid following of youth.

The longer he stays out of the 2020 Democrat race, the harder time he will have in making up ground with the circus forming around him.

Read more at WayneDupree.com:
Pelosi Asks Trump Admin to Back Off Border Wall Bipartisan Committee Negotiations — Like Her [4]
CAPTURED! PA Man Is Charged with 865 Counts of Child Rape! [5]
Justice Roberts Leads the Way to Ruling Against Louisiana’s Pro-Life Law [6]