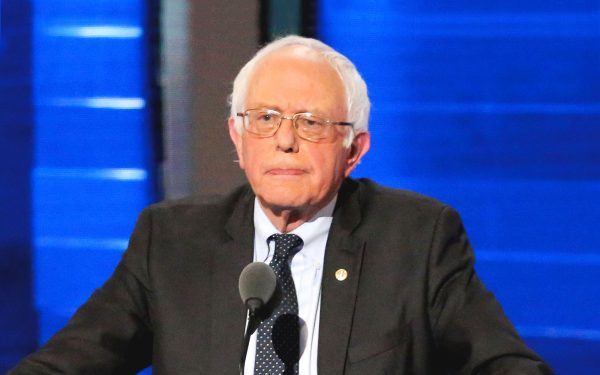 Bernie Sanders (I-Vt.), in an indication he may be inching closer to yet another bid for the White House, has recorded a campaign video in which he says he is running for president in 2020.

That’s according to a report in Politico [1] on Saturday morning, which cited “two people familiar with the spot.”

The senator, who is 77 years old, lost the Democratic nomination for president in 2016 to Hillary Clinton [2].

And there is yet another hint Sanders is strongly eyeing a run in 2020.

“As Politico reported this week, the Sanders team has been interviewing people for top staff positions. Chuck Rocha, a political consultant who advised Sanders’ 2016 campaign, is expected to join him again if a second bid materializes,” the outlet [1] noted.

There is no indication yet when, or even if, the Sanders video would be released.

Recently, Sanders pretended to be on a phone call in order to avoid answering a Daily Caller reporter’s questions about his opinion on the sexual assault allegations against Virginia Lt. Gov. Justin Fairfax (D) [4].

Sanders last Saturday said that Virginia Gov. Ralph Northam (D) should resign amid a blackface and KKK picture scandal so that Fairfax could replace him and “begin a new day for Virginia.”

Northam, of course, has been fielding bipartisan calls to resign after a picture from his 1984 medical school yearbook page surfaced depicting two individuals standing together — someone in blackface and someone in a Ku Klux Klan outfit. But Northam thus far has refused to step down from the position he won in 2017 and seems to be standing firm on that position.

Gold: Sanders fakes a call to avoid @henryrodgersdc [5] questions about Fairfax's accuser and indignantly calls him out. Screen clearly shows he wasn't on the phone https://t.co/cUPFKcbFdi [6]

The Washington Post reported shortly thereafter that an unnamed woman had accused Fairfax of sexually assaulting her in a hotel room in 2004 during the Democratic National Convention in Boston.

Fairfax admitted to engaging in a sexual encounter with a woman — but insisted that it was consensual. No witnesses have been able to corroborate the Fairfax accuser’s story.

Sarah Ford, a spokeswoman for Bernie Sanders, did not respond to a request from Politico for comment about the 2020 campaign video, the publication said on Saturday.

But Sanders apparently has been “laying the groundwork” for a 2020 campaign for months, The Hill [8] noted.

Numerous other Democrats have already announced their run for their party’s nomination [9] for 2020 or formed exploratory committees to do so.