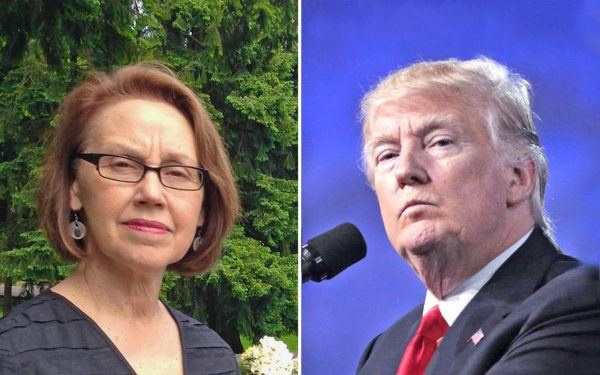 Trump declared a national emergency to get funding for a security wall late last week. His decision came amid the failure of legislative talks to meet his requests for border wall security funding.

Rosenblum joined the 16 other attorneys general who have since filed lawsuits against the administration for the same decision.

“We joined California, New Mexico and 14 other states and filed suit against the Trump administration for flagrantly skirting the rule of law by declaring a national emergency for an improper political purpose,” Rosenblum said in a statement. “To pay for his false ’emergency,’ Mr. Trump is willing to take away funding [1] from national security, drug intervention projects, and military upgrades that our states need. The president needs a check and balance on his authority — so once again, we will see him in court.”

Rosenblum alleges in the lawsuit that the administration exceeded the power of the executive office, violated constitutional restraints and federal statutes, and is going to illegally divert federal funds already appropriated by law for other purposes.

The lawsuit requests an injunction to block the emergency declaration and the construction of the wall.

“President Trump treats the rule of law with utter contempt,” Becerra said in a statement on Monday. “He knows there is no border crisis, he knows his emergency declaration [3] is unwarranted, and he admits that he will likely lose this case in court. He is willing to manipulate the office of the presidency to engage in unconstitutional theatre performed to convince his audience that he is committed to his ‘beautiful’ border wall.”

Trump made the emergency declaration following months of a bitter dispute over border security. The fight resulted in a record-long partial government shutdown and threatened a second one.

The short-term spending bill that ended the first shutdown on January 25 gave congressional negotiators only three weeks to find a compromise.

Those congressional negotiators came out with a compromise last week after laying out some details in the days before. Trump did end up signing the proposal with pressure from both parties to stop the next possible shutdown. But the president also declared the national emergency because the deal fell far short of the $5.7 billion he requested for the wall.

Trump’s declaring an emergency could possibly allow him to free up billions [4] in emergency funds for his wall from various federal reserves through the National Emergencies Act. But the decision was also expected to face legal challenges; even the president said as much during a press conference to announce the emergency declaration on Friday.

The American Civil Liberties Union (ACLU) became one of the first major organizations to announce a lawsuit soon after the president made his declaration. The group argued that the decision evades congressional funding restrictions [5] in an unprecedented violation of the law.

The ACLU has already mobilized protests [6] against the decision as well.

The budget compromise includes $22.54 billion in total border security funding, with $1.375 billion of that going toward 55 miles of physical barriers along the southwest border. The proposal also funds the remaining parts of the federal government through the fiscal year to September 30.

Trump has entertained the idea of declaring a state of emergency since the latter part of the government shutdown. He discussed the possibility during numerous [8] press conferences and meetings as well.

But he said at the time he was holding off in the hope that lawmakers could come up with a solution.

Trump has argued numerous times the situation at the border constitutes a crisis and that a wall is critical to deterring [9] illegal drugs and criminal gangs from coming into this country. He has also faced several migrant caravans over the past year, which have caused tensions along the southern border; that problem has heightened an already contentious policy dispute among lawmakers.

American presidents have declared at least 58 states of emergency since lawmakers passed the National Emergencies Act in 1976. That does not include disaster declarations [10] for weather events, according to the nonpartisan Brennan Center for Justice.

There are even dozens of emergencies still in effect because they were extended by other presidents.

Rosenblum filed the lawsuits with the U.S. District Court for the Northern District of California.