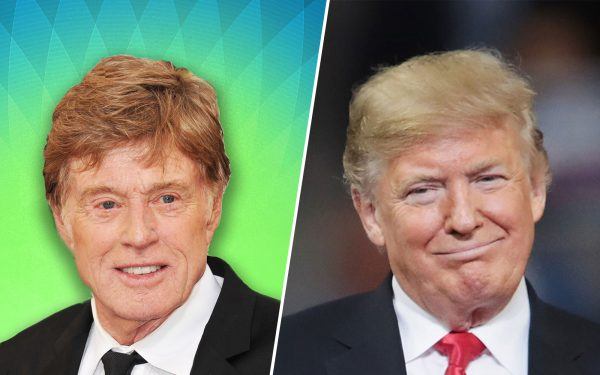 Filmmaker Robert Redford is no fan of President Donald Trump.

The “Butch Cassidy and the Sundance Kid” star published an op-ed critical of the president in The Washington Post [1] on Thursday, the same day the filmmaker’s famous Sundance Film Festival opened.

“It is painfully clear we have a president who degrades everything he touches, a person who does not understand (or care?) that his duty is to defend our democracy,” wrote Redford.

“Meanwhile, those who should be providing the balance our Founding Fathers intended, such as Senate Majority Leader Mitch McConnell (R-Ky.), are instead choosing partisan politics, blind loyalty and extreme, outdated ideologies.”

The 82-year-old star then went on to say that the “electoral process” is the best way to get rid of the president.

“But how do we, as citizens, fix this? Our most powerful tool is still the electoral process. We must not be distracted from the opportunity we have in 2020 to reject hatred and division and choose civility and progress,” he wrote.

“Let’s not talk about impeachment or put all our hopes on the special counsel: The former is mired in Washington politics, and the latter will be once the report is released. Let’s stay focused on taking back our country with the power of our votes.”

“There is so much damage to heal from, so much division to repair, so many good works to return to. What a worthy fight to engage in, don’t you think?”

Redford “tried” to end his opinion piece on a positive note.

“There is so much damage to heal from, so much division to repair, so many good works to return to. What a worthy fight to engage in, don’t you think?” the actor wrote.

Redford starred in the critically acclaimed “The Old Man and the Gun” earlier this year. He called the performance his final appearance in front of the camera.

Aside from his acting career, Redford is an acclaimed director and also the founder of the Sundance Film Festival, a yearly event in which filmmakers like Kevin Smith (“Clerks,” “Dogma”) have been discovered and then joined the film business.

The last feature film Redford directed was 2012’s “The Company You Keep.”

Check out a trailer for “The Old Man and the Gun” below: